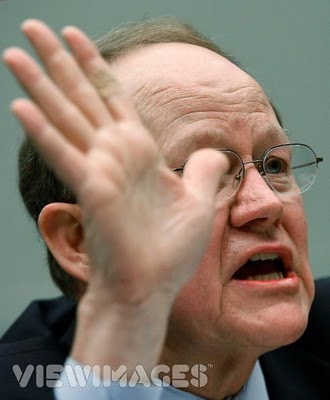 Michael Tanji spent nearly 20 years in the U.S. intelligence community, working in signals intelligence, human intelligence, and document exploitation for the Defense Intelligence Agency, the National Security Agency, and the National Reconnaissance Office. He regularly blogs at Haft of the Spear. This is his first post for DANGER ROOM.
•••••••••••
National Intelligence Director Mike McConnell is putting the brakes on the recent practice of declassifying and releasing summaries of National Intelligence Estimates — the collected findings of the country’s spy agencies on everything Iran’s nukes to the threat of domestic terror attacks.

Knowing their words may be scrutinized outside the U.S. government chills analysts’ willingness to provide unvarnished opinions and information, said David Shedd, a deputy to McConnell.

Not really. Having contributed to more than one of these in my career, I’m here to tell you, public opinion does not enter into the calculus.

. . . Referring to the public release of the reports, Shedd said during a congressional briefing: “It affects the quality of what’s written.”

There are a number of things that affect the quality of the narrative in an NIE, the most important of which is the quality of intelligence reporting. I’ve never participated in a drafting session where, at the end of the day, someone said: “Now, let’s scrub this thing so that it’ll read properly in the Washington Post.”

Robert Jervis, a Columbia University professor who chairs an advisory panel for the CIA on the declassification of historical documents, said releasing intelligence estimates increases the likelihood their contents will be used for political rather than foreign policy purposes, and influences how they are worded.

“In an ideal world these documents would be as objective, as honest, as separated from the political preferences of the top people as possible,” Jervis said. “If that’s going to be public, you make the pressures of politicization that much greater. When you are writing an executive summary it’s hard not to ask ‘How is this sentence going to read in The New York Times?'”

For starters, what in the world is foreign policy anyway but politics directed beyond your borders? Secondly, if you’re on the House or Senate intelligence committees, you can get NIEs, which means they’re in the hands of people who will play politics with them. Finally, having a policy that hinders formal declassification doesn’t mean they’re not going to be leaked to the NYT anyway.

“There are some things that should be secret,” [Jervis] said. “If an NIE is any good at all on a hot topic, it’s going to draw heavily on secret information.”
No, actually, if an NIE – or any assessment – is any good at all, it provides policymakers with the insights they need to make good decisions: secrets may have little or no bearing on the issue. You can build classified assessments on nothing but unclassified information (which I’ve done) and if your analysis and conclusions are sufficiently original and perceptive (my customers seemed to like them), you’ve done your job without ever dealing with secrets.

I believe the DNI is in fact trying to minimize political interference with intelligence, but this is really a futile exercise. Leaks are going to happen regardless of policy. Retreating to the cloister isn’t the answer; instead get out in front of the issue and deal with it head on. Inform the people early and in a responsible fashion and not only do you take the sting out of the actions of irresponsible leakers, you come out looking like the good guy.

And yes, it is not intelligence’s job to inform the people, but let’s face it: in an age of information the raison d’etre of an intelligence community is increasingly at risk. You have got to prove your value, or eventually people are going to wonder just what in the world we are paying tens-of-billions of dollars for in the first place.