BACM Research – PaperlessArchives.com has announced its publishing of FBI and Secret Service reports on the assassination of  President John F. Kennedy furnished to the Warren Commission and held at the National Archives and Records Administration. 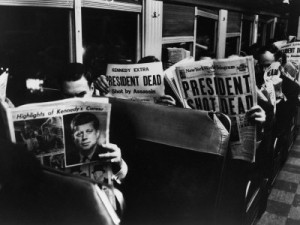 4,400 pages of investigative reports produced by the Federal Bureau of Investigation in the days and months following the death of President Kennedy on November 22, 1963.

For more information, sample pages, and to obtain the set go to:

The documents include long form reports on Oswald and Jack Ruby. Individual reports address Oswald in Russia, Oswald’s trip to Mexico, miscellaneous threats made against Kennedy, investigations into allegations of persons other than Oswald, and a report titled, "Hoaxes, False Reports, and Irresponsible Reporting"

The files include a comprehensive report submitted to the Warren Commission titled, "Investigation of Assassination of President John F. Kennedy"

2,500 pages of investigative reports produced by the United States Secret Service in the days following the assassination of President Kennedy on November 22, 1963.

For more information, sample pages, and to obtain the set go to:

Materials in this set includes: A collection of reports on investigations by Secret Service agents on issues surrounding the assassination ranging from key fundamentals down to minutia. Reports dealing with aspects of President Kennedy’s autopsy. Interviews of Marina Oswald. A report on the origins of the "Wanted for Treason" posters featuring President Kennedy distributed around Dallas.

A comprehensive report dated December 18, 1963 covers the protection in place at the time of the assassination and the events of November 22, 1963.