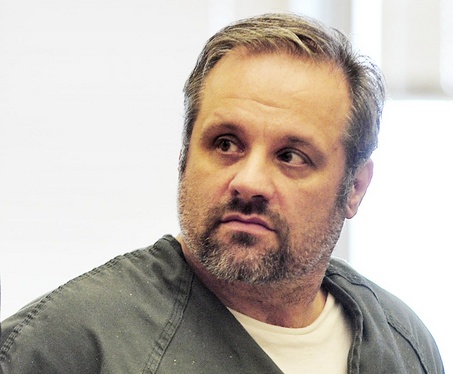 "... Authorities said [Turner] crossed the line by writing: 'Let me be the first to say this plainly: These judges must die. Their blood will replenish the tree of liberty.' ... "

Patrick J. Fitzgerald, the U.S. attorney for the Northern District of Illinois, thanked the jurors for their service.

"There is no place in society for threatening federal judges with violence. Period," he said in a statement. "We are grateful that the jury saw these threats for what they were and rejected any notion that they were acceptable speech."

Turner's mother, Kathy Diamond, said the verdict showed the jury didn't understand that "the First Amendment was the issue." She said her son, who is married and has a teenage son, "is a good man."

"The family is devastated," she added.

The case stemmed from the 7th U.S. Circuit Court of Appeals ruling in 2009 by three judges - William Bauer, Frank Easterbrook and Richard Posner - that upheld a district court decision dismissing lawsuits that challenged handgun bans in Chicago and Oak Park, Ill. The same day, Turner protested the decision with an inflammatory post online. In one passage, he quoted Thomas Jefferson as saying, "The tree of liberty must be replenished from time to time with the blood of tyrants and patriots," court papers said.

Authorities said he crossed the line by writing: "Let me be the first to say this plainly: These judges must die. Their blood will replenish the tree of liberty."

At trial, Bauer testified that one of his clerks alerted him to the posting. He recalled being concerned over some of the supportive comments from readers.

"A great number of people thought it was a great idea," he said. "I didn't." Posner and Easterbrook also gave similar testimony.

Turner had sought to portray himselfas a "shock jock" and fierce gun control opponent whose tirades were protected by the constitutional right to free speech.

"He thought it was political trash talk," defense attorney Peter Kirchheimer said in opening statements. "It was the same thing he'd done many times before, only this time he was arrested."

Testifying in his own defense, Turner said he was a paid FBI informant who was trying to "flush out" dangerous neo-Nazi and white supremacist members of his audience on behalf of the government. He claimed his handler encouraged commentary on the 2005 slaying of the mother and husband of another federal judge in Chicago. The FBI wanted him "to make fun of the killing, to publicly say things that might induce folks to confide in me because they thought I was an ally," he said.

The case was moved to Brooklyn based on a change-of-venue ruling. Two previous trials ended with hung juries.

Turner faces up to 10 years in prison. No sentencing date was set.