Nixon’s Jackals: The Birth of a Secret Domestic CIA Death Squad Commandeered by the White House

On December 22, 1974, the New York Times published a report by investigative journalist Seymour Hersh: “Huge C.I.A. Operation Reported in U.S. Against Antiwar Forces, Other Dissidents in Nixon Years.” Secretary of State Henry Kissinger met with President Gerald Ford four months after Nixon’s resignation to discuss the muck dripping from Hersh’s rake. Kissinger informed the chief executive that the story was “just the tip of the iceberg.” Should other operations be exposed, he croaked, “blood will flow.”

Perception management tactics were quickly employed. The country’s leading newspapers and magazines basted Hersh on a spit of slander. The Washington Post and Newsweek went so far as to impugn his sanity and shredded his bizarre “conspiracy theories” out of hand. Time magazine argued that the “sensitive and dedicated public servants” of the CIA, lashed to their constitutional mast, would never wade into the seditionist waters detailed in the article.

Hersh revealed that the CIA had conducted a massive spying and covert operations program on domestic soil under the code-name MHCHAOS. The story prompted the Church and Pike hearings of 1975, and they confirmed his allegations.

Kissinger was correct: the intelligence scandal was the tip of the iceberg. But after the Congressional probes of the 1970s, Operation CHAOS would be memorialized in history books as a domestic spying scandal. The mysterious “other operations” that Kissinger mentioned remained classified. CIA Director Richard Helms was convicted for lying to Congress, the Agency was deeply embarrassed, but Kissinger remained a respected political Madonna in the nation’s media.

Blood did not flow, after all – or did it?

Senator Frank Church, reportedly constrained by limitations beyond his control, narrowed the scope of his investigation to surveillance and backed off from more serious allegations. Domestic murder plots, for instance. The “sensitive and dedicated public servants” of the Agency had indeed been involved in political assassinations, according to Timothy S. Hardy at the Center for the Study of Intelligence in a secret report dated July 2, 1996, since declassified: “Although the Commission had become aware of the assassination stories early in its work, it had not been pushed to explore this area until it was well along in probing the domestic activities that had originally led to its formation.” Regardless of political motives behind the exclusion of domestic political murder in the Church Committee’s final report — “and such motivations did exist,” Hardy mused vaguely — the problem was that by June 1975, “the scheduled deadline, already extended several months,” the Church Committee was “still far from completing this aspect of its inquiries.” Congressional Pandoras of the ‘70s never opened the box marked “MURDER.” No time for that. Besides, “whatever credibility the Rockefeller Commission could muster would have been sapped by a premature publication of preliminary findings in this highly sensitive area.”

MHCHAOS was ostensibly terminated by William Colby, Helms’s successor, in 1974. But in the real world, the Rockefeller Commission reported a year later, the Operation’s massive “files and computerized index are still intact.” The secret database on hundreds of thousands of Americans was stored on “Hydra,” an  IBM 360/67 boasting remote input and retrieval capabilities.

The retention of the CIA’s database on dissidents should have been the tip-off that CHAOS was far from dead. In 1974, MHCHAOS was rebranded as the Agency’s International Terrorism Group (ITG). The transition was cosmetic, however, a dab of bureaucratic lip-gloss: “Worried that the inspector general might discover MHCHAOS and expose it,” Angus Mackenzie wrote in “Secrets: The CIA’s War at Home,” Helms mustered Colby, CHAOS director Richard Ober and Deputy DCI Thomas Karamessines for “a meeting on December 5, 1972. Helms emphasized the importance of running a cleaner, less dubious-looking operation.”

Helms was determined that Operation CHAOS survive congressional and journalistic incursions. The solution was a single emotive word: “Terrorism.” Helms ordered that the CIA’s covert war on left-wing dissidents be described within the Agency as an offensive against terrorism, and CHAOS/TGI director Richard Ober “identified with the subject of terrorism inside the Agency as well as in the intelligence community.”

And so the first “war on terrorism” was born. The intent of the shell game was to burnish the Agency’s image, MacKenzie notes, “on the assumption that ‘terrorists’ were more believable as a genuine threat than ‘dissidents.’ But there was in fact to be little change in targets.” MHCHAOS in counter-terrorist drag “continued to hold dissidents in its sights, specifically radical youths, Blacks, women, and antiwar militants. The label ‘international terrorist’ was designed to replace ‘political dissident’ as the ongoing justification for illegal domestic operations.”

Congressional investigators of the 1970s were unaware that, at a secret 1968 meeting of CIA officials and Wall Street operatives held at the Council on Foreign Relations, it was decided that the Agency’s operations had already become too public. Thereafter, “sensitive” jobs would be delegated to “private organizations, many of the personnel of which would be non-U.S … particularly third country nationals.”

This proposal to grant foreign nationals a license to kill was officially sanctioned in 1969, when Richard Nixon appointed Franklin Lindsay, OSS veteran, CIA operative and CEO of the Rockefeller-financed Itek Corporation, to lead an advisory panel on revamping the Agency. Lindsay had attended the CFR meeting. Many of the proposals drafted in 1968, according to researcher Peter Dale Scott in a short essay, “CIA, DEA, and Their Assassination Capacity,” were “implemented by successive CIA directors, most notably the recommendation that the ageing CIA bureaucracy had become too large and should be dramatically cut back. In the context of this reversion to ‘unofficial cover,’ the March 1972 Helms injunction against assassination seems to have been a case of carefully locking the door of an already empty stable. Nine months earlier Lucien Conein, the CIA’s case officer in the Diem assassination and a high level contact with the heroin trafficking Corsican Mafia, resigned from CIA, to be brought back at the suggestion of his old OSS colleague Howard Hunt into the White House narcotics effort. There, Conein (by his own admission) supervised a special unit which would have the capacity to assassinate selected targets in the narcotics business.”

To researchers of CIA history, Lucien Conein in a known quantity. Franklin Lindsay’s past — particularly his collaboration with Nazis after WW II and a CIA assassination program code-named Operation Ohio — is relatively obscure.

After the war, Lindsay was Frank Wisner’s deputy at the Office of Policy Coordination (OPC) — the Nazi recruiting arm of the Central Intelligence Agency under Allen Dulles. The cutthroats of Operation Ohio, wartime Ukranian colaborators of the Waffen SS, engaged in mob-style murders. Over 20 assassinations in the Mittenwald misplaced persons camp near Munich were carried out under Ohio, funded by the Nazi-recruiting Army Counter-Intelligence Corps and CIA. This death squad went on to engage in violence against Soviet spies and double agents on the American payroll. When publicly exposed, the double agent murders were explained as factional violence among rival Ukranian émigré organizations.

“We were just out of World War Two, and we were using those [wartime] tactics,” Lindsay, who oversaw the OPC’s Eastern European operations, explained years later (see, “Blowback,” by Christopher Simpson). “’In my case, I had operated only in wartime conditions. Given the feeling that we were very near war at that time, one tended to operate in the same way.’ Lindsay, however, rejects the term assassination as a description of CIA/OPC practice during his tenure there.”

In a January 1962 Foreign Affairs article, Lindsay actually argued that terrorism is necessary to defend a population against communist indoctrination tactics: “Communists go far beyond political indoctrination,” he explained. “Once they have a fanatically dedicated minority, they begin the application of systematic terror to ensure that the masses of the people will be brought under, and kept under, complete Communist control.” Therefore, America’s “freedom fighters” had no recourse but to “organize the civil population into a tightly disciplined force, and, through propaganda and police activities, try to break the grip exercised by the adversary.” Liberating a population from communist domination is accomplished through terror: “[W]hen two forces are contending for the loyalty of, and control over, the civilian population, the side which uses violent reprisals most aggressively will dominate most of the people, even though their sympathies may lie in the other direction.”

When WW II ended, Lindsay and Dulles served on the staff of the congressional committee that approved the Marshall Plan. Nixon served on that committee as well, so he knew the prominent death squad leader and counter-terror terrorist well. The primary recommendations of the CIA reorganization working group chaired by Lindsay were codified by Richard Helms before he was forced from the DCI’s office and replaced by William Colby.

The use of foreign nationals in Nixon-era black bag operations was evident in the Watergate break-in. Four of the nine Cubans involved in Watergate had been members Operation 40, the notorious CIA ring of Cuban exiles who plotted the overthrow of Castro and, quite possibly, John Fitzgerald Kennedy. In “The Ends of Power,” H.R. Haldeman wrote: “I was puzzled when [Nixon] told me, ‘Tell Ehrlichman this whole group of Cubans [Watergate Burglars] is tied to the Bay of Pigs.’ After a pause I said, ‘The Bay of Pigs? What does that have to do with the Watergate Burglary?’ But Nixon merely said, ‘Ehrlichman will know what I mean,’ and dropped the subject.”

From its inception, Operation 40 recruited professional hit men. The group was led by Nixon and they were indeed Bay of Pigs veterans. Researcher John Simkin writes:

“The first meeting chaired by [the CIA’s Tracy] Barnes took place in his office on 18th January, 1960, and was attended by David Atlee Phillips, E. Howard Hunt, Jack Esterline and Frank Bender. According to Fabian Escalante, a senior officer of the Cuban Department of State Security (G-2), in 1960 Richard Nixon recruited an ‘important group of businessmen headed by George Bush (Snr.) and Jack Crichton, both Texas oilmen, to gather the necessary funds for the operation.’ This suggests that Operation 40 agents were involved in freelance work. It is known that at this time that George Bush and Jack Crichton were involved in covert right-wing activities. In 1990 The Common Cause magazine argued that: ‘The CIA put millionaire and agent George Bush in charge of recruiting exiled Cubans for the CIA’s invading army; Bush was working with another Texan oil magnate, Jack Crichton.”

Recruits to Operation 40 were hand-picked by José Sanjenis Perdomo, said to be the doorman at the Dakota on December 8, 1980, the day Beatle John Lennon was assassinated.

How many unexplained American murders and acts of terror can be traced to the Nixon/Lindsay reorganization of the CIA? As mentioned, the congressional probes of the ‘70s didn’t have time for those “assassination stories.” Only a select few at the Agency can answer that question today, and merely asking casts one as a much-despised “conspiracy theorist,” like Sy Hersh or Frank Church. … 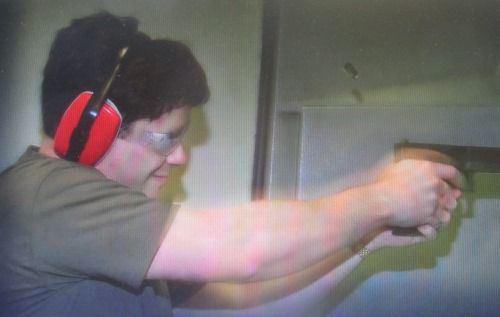