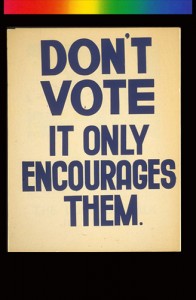 A Republican campaign urging Latinos not to vote has been yanked from the airwaves amid an outcry from Democrats that it was a dirty trick against Senate Majority Leader Harry Reid  in his hotly contested race against Republican Sharron Angle.

Reid sought to link the ad to Angle Tuesday as it drew a harsh rebuke from President Barack Obama, Hispanic leaders and candidates from both parties in Nevada. Angle's opponents also pounced on the tea party favorite for her comments to Hispanic high school students that "some of you look a little more Asian to me."

"Listen to her latest, running ads on Hispanic television telling people not to vote," Reid said. "She is trying to keep people from voting."

Reid has fiercely courted the Hispanic vote in the contest against Angle, who supports strict immigration policies. With the race in a dead heat, a dip in turnout among Hispanics would likely land Angle in the U.S. Senate.

The Republican group Latinos for Reform had planned to eventually run the commercials in Nevada, Florida, California, Texas and Colorado through the Nov. 2 election.

"Don't vote this November. This is the only way to send them a clear message," the ad's narrator announces in Spanish. "You can no longer take us for granted."

Univision told The Associated Press on Tuesday that the spot was pulled from one of its Spanish-language radio stations in Las Vegas shortly after the commercial hit the air. Univision said it will also not run a companion ad on its Spanish-language TV broadcasting network and will continue to encourage Hispanics to vote.

Telemundo, the nation's other major Spanish-language network, also said it would not broadcast the TV spots if approached.

Obama slammed the campaign during a round-table with reporters from Spanish-language outlets.

"I think it is terrible," he said. "It is a cynical political ploy to try to drive Latino votes to benefit a Republican candidate in Nevada who would never vote for immigration reform." 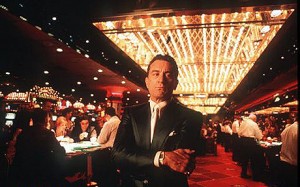 Robert de Posada, the founder of Latinos for Reform, said he is trying to determine whether he can legally challenge Univision, which approved the commercials Friday.

"It is a very sad moment where you cannot have discourse in the Spanish market," he said. "Obviously, my First Amendment rights have been violated."

"I would rather not vote for anyone than be forced to vote for the lesser of two evils," he said.

De Posada is the former director of Hispanic affairs for the Republican National Committee. He also worked on Social Security reform under former President George W. Bush, who supported an immigration overhaul that would have allowed illegal immigrants to apply for legal status.

Angle's campaign distanced itself from the ad, but stopped short of criticizing it.

"We encourage all Nevadans to vote and they should vote for Sharron Angle because Harry Reid is only out for himself and his wallet," said spokesman Jarrod Agen.

The ad flap was one of several major developments in the race:

A Canadian diplomat called on Angle to denounce her recent remarks that the "northern border is where the terrorists come through."

Angle's campaign insisted terrorists do enter the country through the northern border, citing the 1999 arrest of an Algerian convicted of trying to bomb Los Angeles International Airport on the millennium. A spokesman for the Canadian embassy said it was just one case that happened more than a decade ago. ...