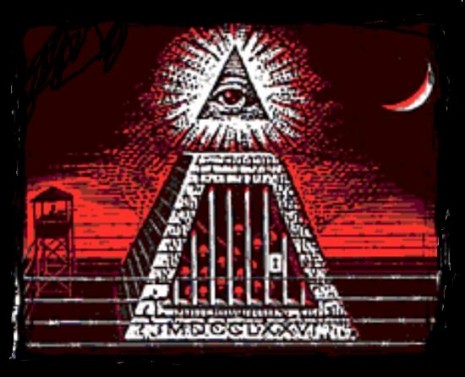 They have aligned themselves with the conservative movement, and have infiltrated the ranks of the local, state, and national Republican Party. Moreover, what is even more astounding is that nobody at the various levels of the modern conservative hierarchy have challenged this cognitive dissonance.

Hosted by the American Conservative Union Foundation (ACUF), a 501(c) 3 and an alleged charity, the annual CPAC (Conservative Political Action Committee) was held February 18–20, 2010 at the Marriott Wardman Park Hotel in Washington, D.C.

It is the biggest gathering of conservatives, from all 50 states, and their annual conference has been a fortress for the conservative movement for many years.

However, this year (2010) was different, as it was co-sponsored by the John Birch Society!

According to the leaders and members of the John Birch Society, the civil rights movement was actually a secret communist plot to create, and I quote, "a Negro Soviet Republic in the United States." The exact boundaries of which were undetermined but which would definitely include cities like Richmond, Virginia, New Orleans, and Memphis.

The John Birch Society has also contended that fluoride being added to drinking water was a communist mind control plot, and once again, this was a grand and all encompassing secret conspiracy to destroy America from within.

More modernly, the John Birch Society has promulgated the belief in “chemtrails", the delusional and paranoid- schizophrenic position that air and water vapor contrails that form in the wake of high-altitude aircraft are really clouds of toxic soup being deliberately sprayed by hundreds, if not thousands, of secret government planes executing the designs of the New World Order.

As a classical conservative, I am still waiting!

But, instead, when running for political office, Sharron Angle flew to Utah to attend a “political gathering” sponsored by the John Birch Society!

Not one conservative with the Nevada Republican Party condemned her!

The John Birch Society has endorsed Senator John Ensign! Why hasn’t he repudiated this endorsement? Oh! I forgot! He was too busy having an affair with his best friend’s wife!

Thankfully, decent conservative commentators have garnered the political guts (which apparently the “white trash” members of the Nevada Republican Party are in short supply of) and have made their opinions known as to their revulsion and disdain for this conspiracy driven “conservative” collection of rabble.

“I was invited to be the opening speaker at Saturday’s CPAC session. I had accepted but then, to my amazement, I learned the John Birch Society would be one of many co-sponsors. This takes the big-tent idea many steps too far for me. So, I withdrew. Apparently, others were not so moved. That’s fine. But it wasn’t for me. Bill Buckley and Barry Goldwater, among others, chased the Birchers from the movement decades ago. And they’re not a part of the movement. So, to give them a booth at CPAC was boneheaded.”

“The John Birch Society is co-sponsoring the American Conservative Union’s big annual conference. The Society’s paranoia has outlived the Cold War that inspired it: A recent perusal of its website turned up the same old dreary theories about David Rockefeller and the New World Order, denunciations of the ‘American colonial enterprise,’ and hints that maybe our soldiers should not follow orders in the pursuit of that enterprise. We have no idea what the ACU is thinking but assume that the Birchers are eager to ferret out any Communists in its ranks.”

“ABC’s Jonathan Karl reports that this year’s CPAC event was co-sponsored, unbelievably to me, by the John Birch Society. Karl quotes some of William F. Buckley’s characteristically vibrant denunciations of the JBS. ‘Two years after Buckley’s death,’ Karl observes, ‘the John Birch Society is no longer banished; it is listed as one of about 100 co-sponsors of the 2010 CPAC. Karl reasonably asks: ‘Why is the Birch Society a co-sponsor?’ ‘They’re a conservative organization,’ according to Lisa Depasquale, the CPAC Director for the American Conservative Union, which runs CPAC. ‘Beyond that,’ she told Karl, ‘I have no comment.’ Additional comment is required, and if Depasquale will not provide it, I will. This is a disgrace.”

“I visited the JBS booth at CPAC and was told the Council on Foreign Relations is engaged in some sort of secret, bipartisan effort to build a one world government. Then, I asked about the North American Union. Not only do they buy into it, he gave me some sort of movie to watch. Honestly, a group like the John Birch Society shouldn’t be allowed to be a sponsor of CPAC. . . I suspect the kookier fringe brings in so much money and energy for a group the size of the Birchers that they can’t bear to give it up. Conspiracy theorists and fringe groups are death for any mainstream group.”

It was found out by smarter people than you that what those planes were spraying was barium and who knows what else. Thats why Ted Gunderson had to go. And yeah, I saw them spraying stuff at around 44,000 ft. one time flying somewhere and yeah they were spraying stuff. It wasnt contrail vapor in other words, suckahs.