When the Michigan Republican Party elites gather on Feb. 20-21 for their state convention in Lansing, among the GOP State Committee members expected to attend is a West Bloomfield Township businessman who served nearly four years in prison and was ordered to pay $285 million in restitution after pleading guilty in a massive financial fraud case.

William Rauwerdink has managed to keep his secret past hidden as he serves on the committee that oversees all party operations and policies. He was elected to that post by delegates at the 2013 state convention.

He may not be famous within the state Republican Party but Rauwerdink is infamous in some financial circles, from Metro Detroit to Wall Street. Rauwerdink, 65, was indicted in 2003 by federal prosecutors on 16 counts of fraud related to his role as chief financial officer of a document- and data-management company, Lason Inc. of Troy.

This was not some nickel-and-dime scam. A Wayne State University professor who studies white-collar crime, last year called it “one of the worst accounting frauds ever” before it was upstaged by much bigger scams at Enron and WorldCom.

After Rauwerdink admitted to cooking the books at the Troy firm, the company CFO pleaded guilty to mail, wire and bank fraud, and received a prison sentence in 2007 of three years and nine months, followed by two years of court-supervised release, restitution payments of $115 million to Lason’s former shareholders, and $170 million in restitution to Lason’s lenders, a 14-member bank group led by Bank One Michigan, now a part of JPMorgan Chase.

Prosecutors in the case said Rauwerdink was “deeply involved” in a scheme at Lason known as “Tailwind,” which reported revenues at heights that were wildly off the mark in order to boost the firm’s stock price on Wall Street. The indictment also charged Rauwerdink with repeatedly filing fabricated information – record earnings, quarter after quarter – with the U.S. Securities and Exchange Commission in 1998-99.

The staggering restitution amount was imposed by U.S. District Judge Arthur Tarnow of Detroit because of the “greed and avarice” that prevailed at Lason “at the expense of Lason’s shareholders, banks, employees, and customers,” the judge said at sentencing.

It’s unclear if any of his fellow Republican State Committee members realize that they have a big-time white-collar criminal in their midst. It’s even more unlikely that anyone in GOP inner circles knows that Rauwerdink has established a track record of fraudulent activities.

Rauwerdink first ran afoul of federal regulators in  1995, shortly before he landed his executive post at Lason. According to CFO Magazine, Rauwerdink, as CFO of a company called The Medstat Group, agreed to pay a $200,000 fine to settle charges brought by federal authorities of insider trading in Medstat stock.

In a blog that he wrote in 2011-13, the businessman recalled that he first dipped his toe into the political waters in 2010, when he was elected as a GOP precinct delegate and attended the August 2010 state convention, where delegates elected the party’s nominees for state Supreme Court, attorney general and secretary of state.

Though Rauwerdink remains a political neophyte in a relatively low-profile post, the shenanigans at Lason received scrutiny on a much bigger stage last year in Illinois. Early in his 2014 campaign, Republican Bruce Rauner, now the governor of Illinois, had to fend off questions about his involvement in Lason.

The Chicago Tribune reported in January 2014 that Rauner served on the Lason board of directors and that he had hired Rauwerdink, the primary architect of the bookkeeping sleight of hand, in 1996. The governor resigned from Lason in late 1999 just as the high-flying company’s stock began to crater and before it declared bankruptcy.

Rauwerdink, who is presumably seeking re-election to the state committee at next week’s MIGOP convention – he has given no indication to the contrary — could not be reached for comment. He is currently listed as the founder of BAM Investments in Troy, which does not list an address or phone number.

In a brazen display of chutzpah, he formed BAM Investments in 2004 as he awaited trial in federal court in the Lason case, and he boasts on his LinkedIn page of financial deals in excess of $10 million that he has completed at BAM.

At the state convention, Michigan Republicans will face the internal fallout of a rough 2014 when one state committee member resigned after getting sentenced to three years in prison for extortion;  a county party chairman held onto his post despite two prior felony convictions, and Republican National Committee member Dave Agema who repeatedly refused to step down after posting several bigoted commentaries online.

But those with their eyes on public office may want to cross him off their list. After all, any of his extra cash should be going to feds to payoff his restitution.

Previous Article
“Saudi Connection” to 9/11, per Big Media, was the BUSH Connection — Prince Bandar was Military Mentor to Both GHW and GW Bush
Next Article
Why the CIA Is So Eager To Demolish Whistleblower Jeffrey Sterling 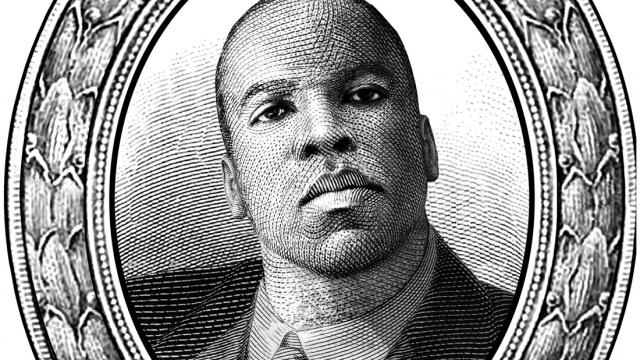