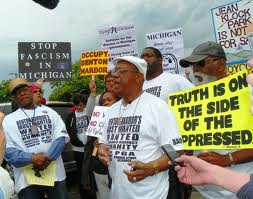 Wikipedia: Frederick Stephen “Fred” Upton (born April 23, 1953) is the U.S. Representative for Michigan’s 6th congressional district, serving since 1987. He is a member of the Republican Party and Chairman of the Committee on Energy and Commerce. … He served on the congressional staff of U.S. Congressman David Stockman (R-MI) from 1976 to 1980. He was in the Office of Management and Budget (OMB) under Ronald Reagan from 1981 to 1985, while David Stockman was OMB Director.

Upton’s grandfather, Frederick Upton, was co-founder of appliance manufacturer and marketer Whirlpool Corporation, which is headquartered in Benton Harbor. …

“U.S. Rep. Fred Upton worth between $5 million and $25 million, says latest financial disclosure document” – “His wife, Amey, owns between $100,000 and $250,000 of stock in Exxon Mobil and Stryker Corp., and between $50,000 and $100,000 of Pfizer stock. Some of the other stocks owned by Amey Upton: AT&T, BP, Dow Chemical, General Electric, IBM, Mead Johnson, News Corp., Philip Morris and Verizon. … Click here to see a copy of the 16-page document filed by Upton in May, and here for copies of his forms from past years.”

From: “How Fred Upton and Whirlpool Devastated Arkansas and Michigan”

…. Fred Upton does pretty well. But Fred Upton wants more, and he wants you to have less. Here’s how well Fred Upton is doing. He receives a salary from the government of $174,000 plus expenses as a Congressman. He has another roughly $100,000 in income from stock he inherited in Whirlpool. He and his wife have another $300,000 or so in other stocks, like Exxon.

We can say one thing for sure. Fred Upton is doing better than the 5,000 people that the Whirlpool company laid off in the last year in order to provide those additional profits for his and his wife’s stock.

So Fred Upton should have some conflicting interests. He’s a major stockholder in Whirlpool…and a congressman. The congressman should care more for the people than he does for his wealth or why would he be pretending to work for the people, rather than Whirlpool’s best interests?

In Benton Harbor, Michigan, which is almost completely African-American, except for the Whirlpool headquarters, there is a park. It is called Jean Klock park and it is on the shores of Lake Michigan. Not many average workers still have jobs at Whirlpool in Benton Harbor. It closed its manufacturing jobs there long ago, and moved some of them to….Fort Smith, Arkansas because the wages were cheaper there.

Along the Lake Michigan shoreline, Jean Klock Park is one of the few highlights of a town where very little has ever been done for the people. And now Jean Klock Park has been diminished. More importantly, Benton Harbor may be the first case of the coming Fascist takeover of America.

You see, in 2010, a new governor was elected in Michigan. The hick farmers and the rich Republicans got together to put Ric Snyder into office. Snyder is a Right Wing investment banker, a Neocon-Fascist who was elected with the wealth of the Koch Family, the aid of a massive television ad campaign of lies, the help of the Tea Party Fascists, and the votes of the stupid hick farmers who are to narrow and greedy to understand that their parks will be next after Jean Klock Park. …

… Whirlpool, in an effort to recycle some old manufacturing land on the shore of Lake Michigan, a brownfield, if you will, decided to build a $500 million golf course & residential development, Harbor Shores, on its land, part of which would heavily impact Jean Klock Park. Note that Whirlpool pulled its last manufacturing out of Benton Harbor in March of this year, driving the final economic stake into the heart of this otherwise depressed area.

We also learn that the Emergency Financial Manager bill (pdf) that allowed Governor Snyder to take over Benton Harbor’s government was sponsored by Al Pscholka. Al Pscholka has some interesting characteristics:

* He represents the area that includes … Benton Harbor

* He is the former vice-president of a development company responsible for building Harbor Shores.

… As I wrote about yesterday, one of the first things that [Emergency Manager] Joseph Harris did was to fire a number of people on both the Planning Commission and the Brownfield Redevelopment Authority in Benton Harbor and replace them with people he hand-picked. These two commissions are the ones most intimately involved in decision-making about real estate development in Benton Harbor. They will decide who gets permits, what developments will look like and who gets to pick the ripe plums present in Benton Harbor. And they are now staffed largely by people chosen by the Czar of Benton Harbor.

This is where the rubber meets the pavement. If you are looking for motivations for Snyder and his Republican friends to take over Benton Harbor, watch who gets development rights of the Lake Michigan shoreline. They are already setting things up to ensure that it is not the local residents of Benton Harbor. …

Occupy the PGA To Protest Selling Off of Benton Harbor, Michigan

Rallies are planned for the Professional Golfer’s Association Senior Tour Event in Benton Harbor, Michigan, from May 23-27, in protest of Whirlpool Corporation, the Cornerstone Alliance, the Harbor Shores development, Gov. Rick Snyder, Emergency Manager Joseph Harris, State Rep. Al Pscholka, and Rep. Fred Upton.  All are part of an effort to take property from the residents of Benton Harbor and sell it to the Harbor Shores development.  Harbor Shores is a highly exclusive development where membership in the country club alone is $5,000 a year.  The development is a joint project of Whirlpool and Cornerstone.  Whirpool received massive sums of money from both the federal and state government in the form of subsidies and closed its plant in Benton Harbor, devastating the local economy.  After the factory closing, the average annual salary in Benton Harbor hovers around $10,000.

A member of the Cornerstone Alliance is Rep. Al Pscholka, the same legislator that proposed the state’s ‘Emergency Manager’ bill which was signed into law by Gov. Rick Snyder.  Manager Joseph Harris stripped all power from local elected officials, fired his critics and put the local radio station on eBay.  Now he has the power, it seems, to seize land from local citizens and sell it to Harbor Shores, one would assume under eminent domain.  Rep. Fred Upton, who is a recipient of money from Whirlpool and represents the area, doesn’t seem to have any problem with what is happening.

We are committed to escalating the Occupy Movement to support human rights in housing in addition to the push back against bailouts for fraudulent banks. They are stealing our homes and our lives. 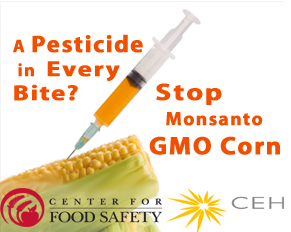