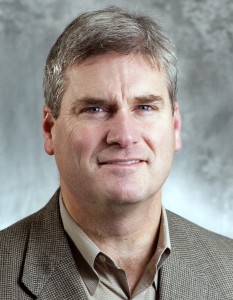 Have you heard of Tom Emmer, the far-right Republican candidate for governor of Minnesota? He wants to amend the state constitution to block federal laws. He's also anti-gay marriage. Oh, and he enjoys the monetary support of Target.

Q: How crazy is Tom Emmer? A: Pretty goddamn crazy. Writer Abe Sauer has put together a very long list of the wacky positions that Candidate Emmer has supported. A quick overview:

And—as if helping ruin Prospect Heights wasn't enough—Target has been contributing to Emmer's campaign. Anger has been brewing among gay-rights advocacy groups for the last week or so over the company's donations to a group called Minnesota Forward, a PAC running ads in support of Emmer's candidacy. Those donations—made possible by the Supreme Court's Citizens United ruling—total some $150,000 of money and services, and probably include some funky Michael Graves teakettles or what have you.

Target, which is well-known for its progressive employment policies (it gives domestic partner benefits) and sponsorship of Minnesota gay organizations, has stood by its PAC's support for Emmer based on its desire "to advance policies aligned with our business objectives." (This is not, in particular, surprising, since corporations don't really care if you can marry your partner, so long as you can continue to consume their products, and they pay less in taxes.)

Naturally, people have pushed back by declaring a boycott of Target—including the mother in the video above, who bought $226 worth of Target merchandise and returned it immediately. Not that Target really gives a shit—they're sending this around to people who write in expressing displeasure:

Target has long believed that engaging in civic activities is an important and necessary element of operating a national retail business. What's more important than any one candidate's stance on a particular issue is how we nurture thoughtful, long-term growth in the state of Minnesota.

Our support of causes and candidates is based strictly on issues that affect our retail and business objectives. To continue to grow and create jobs and opportunity in our home state, we believe it is imperative to be engaged in public policy and the political process. That is why we are members of organizations like the Minnesota Business Partnership, the Chamber of Commerce and many others. And that is why we decided to contribute to MN Forward.

MN Forward's objective is to elect candidates from both parties who will make job creation and economic growth a top priority. We operate best when working collaboratively with legislators on both sides of the aisle. In fact, if you look at our Federal PAC contributions year to date, you will see that they are very balanced between Republicans and Democrats. For more information please visit www.target.com/company, and view the Civic Activity page.

Target has a large stake in Minnesota's future, which is why it is so important to be able to provide jobs, serve guests, support communities and deliver on our commitment to shareholders. As an international business that is proud to call Minnesota home, it is critical that we have a business environment that allows us to be competitive. Our guests, team members, communities and shareholders depend on Target to remain competitive.

Thanks for taking the time to share your feedback.