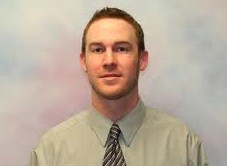 Years before the atrocities of the Nazi regime, the United States introduced sterilization laws for the “mental defectives” within state institutions all across the nation. The move arose from a U.S. Supreme Court ruling in 1924 in the case Buck v. Bell.

The Twenties in America encyclopedia is a three-volume series which serves as a student resource covering a variety of subjects including movements, trends in popular culture, literature, science, technology, economics and politics in both the United States and Canada.

Weins discusses the Buck v. Bell case in depth with the history of not only the case but of the events surrounding it and how they impacted the country.

“Following the late 19th century and early 20th century, intellectual trends of Social Darwinism and Progressivism, the Virginia Legislature in 1924 enacted a statute that authorized the sterilization of persons in the state’s custody with undesirable traits when such persons could thereafter be released back into the community,” Weins said.

The Supreme Court reviewed the case and declared the statute constitutional in an 8-1 decision.

Renowned Justice Oliver Wendell Holmes Jr. wrote the majority opinion in the case and even mentioned that “three generations of imbeciles are enough,” which was a reference to the plaintiff Carrie Buck, her mother and her daughter.

“It was not until the atrocities of Nazi Germany came to light that Western society’s views on eugenics changed,” Weins said. “Through the late 1940s and ’50s, the United States refashioned itself as a defender of individual rights, and intellectual and popular support for eugenics vanished.”