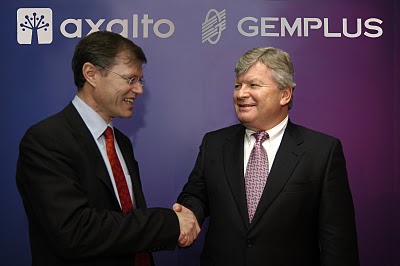 Axalto and GemPlus
Following the Money

In Nov. 2005, a French company named "Axalto" was awarded the State Dept. contract to create these new "e-passports".

Why this French company? I'm pretty sure why they got the contract, but there's a bit of backstory to the explanation. 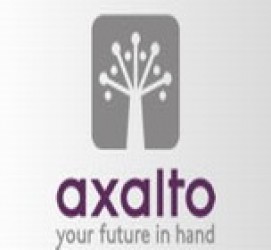 France is the world leader in "SmartCard" technology. "Smartcards" ("carte à puce") was invented & developed by a Frenchman named Roland Moreno, and the biggest manufacturers, Axalto & GemPlus, are both located in France. "SmartCards" are small chips that can be embedded into ATM cards, phone cards, etc. to contain information. They are very similar to RFID chips, in that they can be read remotely & contain data, but unlike RFID chips, they also have microprocessors & 64K of writable memory. They're basically mini-computers.

... France has been blowing away the US competition w/this technology. They've been using "smartcard" technology since 1983.

In Jan. 2000, an American equity group named "Texas Pacific Group" invested $500 million dollars in GemPlus, and received a controlling share of the stocks.

At the time, this was the largest equity investment ever in Europe. This was very unpopular in France, where it was rumored that the bid was an attempt by the US gov. to take over French technology. After the buyout, the new board made some odd decisions. First, they decided to "outsource" all development & manufacture of the "Smartcards" to the US. This created a massive outcry in France & labor unions protested & striked until the board eventually backed down. Second, in 2002 the board appointed a new President, an American named Alex Mandl. Mandl resigned his position as a board member of "In-Q-Tel" to take his new job as GemPlus CEO. He is still the CEO today.

"In-Q-Tel" is an operation of the CIA. They're quite open about this. According to the CIA website, In-Q-Tel is a "public-private partnership to ensure that the CIA remains at the cutting edge of information technology advances and capabilities." 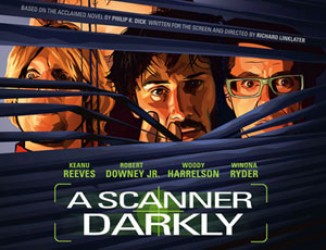 The CIA formed this operation in response to fears that the US was falling behind on spy technology. In Jan. 2000, the project was re-named In-Q-Tel. According to their website - "Venture capital is a valuable tool which In-Q-Tel uses to accomplish its mission. An integral part of the venture community, In-Q-Tel has access to the latest technologies emerging in the market and operates by providing development funding and taking small equity stakes in companies with promising technology."

It's run by a Board of CIA & IT experts who decide what technology the CIA needs to possess. So, it's quite likely that the money for this TPG fund actually came from the CIA's In-Q-Tel, who then turned around & appointed a In-Q-Tel board member to manage the company on its behalf. Sort of a Trojan Horse thing - we don't need to develop the technology if we can control the company that does.

Here's the final piece of the puzzle - In Dec. 2005, one month after the epassport contract was awarded to Axalto, Gemplus & Axalto announced plans to merge their rival companies.

... This merger has been approved by the boards of both companies, & is currently awaiting EU approval. The new, merged company will be called Gemalto, and Alex Mandl will take over as its Executive Officer. This deal will create the largest SmartCard vendor in the world, w/11,000 employees & $2.1 billion dollars in revenues.

Despite the global dominance of this company, the US's anti-trust division approved the merger.

We don't care that a French company will soon control most of the smart card market? Of course not; we control it. So, I think the company that creates these epassport chips is itself partially owned & operated by the CIA.

That doesn't reassure me. 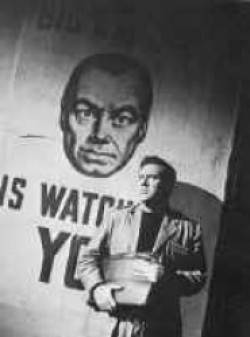 Now, all of a sudden, Bush is pushing the need for "hi-tech border passes," epassports, REAL ID's & guest worker passes while the US gov. has a substantial share in the company that creates them. That's billions of dollars being handed to, in essence, the CIA to include smart chips into every passport in the country. Makes you wonder what will be included on those microprocessors. I'd really appreciate any comments on all this, especially since I'm way out of my depth on the technology aspects. Does this make sense? Am I missing something? Is it time to make a run for the border? Or maybe I'm just seeing something that isn't there (hopefully that's the case). 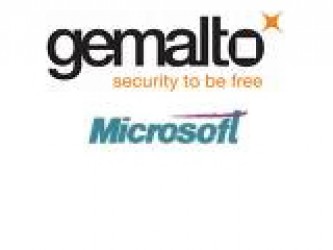 Bill Gates has made .Net the way into Microsoft - literally. Smart cards from Axalto have been commissioned as ID passes for all employees around the world, and the cards will be used to gain access to the buildings, as well as to get into software.

The move towards smart cards is the way forward," said Gates in his keynote at IT Forum, in Copenhagen this morning. "The idea is to have a smart card that connects up in the best way - a .Net based smart card."

Microsoft partner Axalto "has done a super job on this", said Gates. "We will be using their smartcards internally - each employee will use those to get in and out of the buildings as we used to connect to our machines. We're requring them. We will completely replace passwords."

By having .Net capability, said Gates, "we think this brings different logic down to the card itself, giving a richness and continuity to the platform that only exists in that .Net environment." Axalto said this was the first commercial deployment of Axalto’s .Net-based smart cards.

THE Texan corporate raiders trying to buy Qantas have been linked to the CIA, raising major concerns about the future of sensitive government defence contracts ... 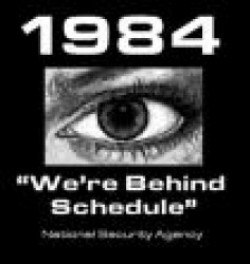 The A.C.L.U. is seeking to portray the new passports as part of a continuing
loss of privacy.

In March, the A.C.L.U. and 12 other organizations from North America, Europe and Asia signed a letter to the aviation organization saying they were
"increasingly concerned that the biometric travel document initiative is
part and parcel of a larger surveillance infrastructure monitoring the
movement of individuals globally."

Government and corporate surveillance of individuals is already extensive. Electronic gathering and collation of information about most adults often without their knowledge has become almost a goal in itself. Whilst CCTV is the most obvious example, smart cards and application of radio frequency identification (rfid) technology offer a future of almost limitless surveillance. This webpage offers a regularly updated and convenient overview of surveillance technologies. If you find it useful, please email details to your friends and contacts.

Details of iris recognition systems will be added shortly. In use, they are similar to those that recognise fingerprints because the target subject is usually made aware that he or she is being scanned. In contrast, rfid systems are generally covert - you will usually not be aware that you are being 'scanned'. One of the key concerns about the widespread sale and deployment of these systems is their use by repressive governments. ...

In an industry-defining announcement, the world's two largest smart card providers - Axalto and Gemplus - announced their intention to merge.

Based on 2005 results, the combined company, Gemalto, is expected to have revenues of some $2.1 billion U.S. Read on to learn the 'official' story of this so-called "merger of equals."

Amsterdam/Luxembourg - The boards of Axalto N. V. and Gemplus International S. A., both leading digital security providers, have unanimously approved the terms of a recommended merger of equals to create Gemalto.

The transaction will be structured as an exchange offer by Axalto for Gemplus, with an exchange ratio of 2 Axalto shares for every 25 Gemplus shares and a distribution of EUR 0.26 per share to be made pre-offer by Gemplus to its shareholders.

The distribution represents an amount of approximately EUR 163 million based on current Gemplus shares outstanding. Texas Pacific Group and the Quandt family entities, Gemplus' largest shareholders representing in aggregate 43.7% of Gemplus' share capital, have agreed to contribute their shares to Axalto prior to the launch of the offer at the same exchange ratio.

With expected combined 2005 pro-forma revenues of EUR 1.8 billion (US$ 2.1 billion), the combination will create a world-class leader in digital security. The combined companies will have operations in over 50 countries, will have large operational centers in the Paris and Marseille areas and employ approximately 11,000 people. Gemalto will be registered in the Netherlands.

– Combined entity in a strong position to address growth in core markets and new applications.

- Combination of intellectual capital and focusing of R&D and Sales & Marketing resources on new application development and superior customer service.

--Significant identified synergies, estimated to have a net impact on operating income of approximately EUR 85 million (US$ 100 million) per annum by the third year after closing on a fully phased basis.

Business Rationale – Gemalto believes it will be in a strong position to capture future industry growth. In particular, the combined R&D and Sales & Marketing efforts should create a compelling platform to develop new markets and pursue high growth opportunities, such as Identity, ePassport, Healthcare, IT and corporate security, and payments. Furthermore, in its largest product lines of mobile communication and banking, the combination is expected to allow faster development and commercialization of high-end products. Gemalto anticipates benefitting from enhanced scale, translating into improved manufacturing processes, efficiencies in the supply chain, and greater ability to support client-dedicated projects. Gemalto believes that following the combination, it will be in a better position to service its broader portfolio of clients with an enhanced local presence and an expanded product range. In addition, the combined company should benefit from higher visibility in the capital markets. 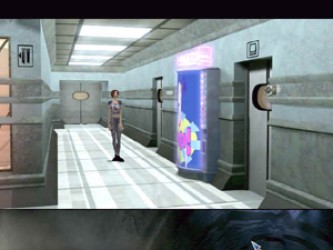 Alex Mandl, Gemplus' President and CEO said: "This transaction is an important development for Gemplus, Axalto and the digital security industry as a whole. This merger, with a sound industrial logic, is a win-win that will create value not only for our respective shareholders but also for our clients and employees. We are confident in our ability to deliver significant value to our shareholders."

See:
http://www.secureidnews.com/news/2005/12/07/axalto-gemplus-merger-to-create-global-leader-in-digital-security/
---------------
USA: Biometric Passports May Help Identity Thieves (19 November 19, 2004)
The U.S. is testing different prototypes of biometric passports, which follow international standards set by the United Nations-affiliated International Civil Aviation Organization. This has many privacy advocates worrying about potential problems with identity theft. One of the most prominent persons expressing these concerns is Neville Pattinson, an executive at Axalto North America, which is working on a prototype U.S. electronic passport. Pattinson believes the basic security methods one would expect in such documents are being disregarded. The fact is, international standards do provide for ways to give more protection from identity thieves. However, these methods are optional.

[Editor's Note (Murray): This article is concerned about RFID chips embedded in or added to the passport. Such chips can leak only what is stored on the chip. The easiest privacy protection is to store on the chip only public or non-sensitive information. For example, one might store the passport number, or even a secret transform of that number on the chip without any danger. One might store a reference for the image, or even the fingerprint, on the chip. Like a photograph, such a reference need include only enough data to recognize the subject but not enough to replicate him. My passport is already machine readable. The machine readable data includes my full name, my date of birth, the passport number, "USA" twice, a number "<<<<<<" symbols, and another 8 characters that I do not recognize. I know that this data is read and reconciled to a database every time I enter the US because I am asked for my mother's maiden name and if I have ever reported a lost or stolen passport, information which is not on the passport.]