"... Mr. Waldheim said he had never belonged to any Nazi-affiliated groups, but, in fact, he had joined the National Socialist students’ league and later enrolled in the Sturmabteilung, the paramilitary Nazi organization of storm troopers. He served under a general who led the Germans and their Croatian allies in slaughtering more than 60,000 suspected Yugoslav partisans and their families at Kozara, in western Bosnia. ..."

Robert Herzstein, a historian whose prodigious archival research on behalf of the World Jewish Congress helped uncover Kurt Waldheim’s veiled ties to Nazi war crimes, died on Jan. 24 at a hospice near his home in Columbia, S.C. He was 75.

The cause was multiple myeloma, his partner, Faye Flowers, said.

In 1979, when Mr. Waldheim, then the secretary general of the United Nations, received an honorary doctorate at the University of South Carolina, he was warmly greeted by Professor Herzstein, who taught history there. Seven years later, Professor Herzstein was instrumental in discovering that Mr. Waldheim was on a list of suspects wanted by the United Nations’ own war crimes commission.

“Kurt Waldheim did not, in fact, order, incite or personally commit what is commonly called a war crime,” Professor Herzstein concluded in his book about the investigation. “But this nonguilt must not be confused with innocence. The fact that Waldheim played a significant role in military units that unquestionably committed war crimes makes him at the very least morally complicit in those crimes.”

Robert Edwin Herzstein was born on Sept. 26, 1940, in Manhattan. His father, Harold, a lawyer, was Mayor William O’Dwyer’s legislative representative in Albany. His mother, Jean, was a homemaker.

His marriage to Daphne Newman Stassin ended in divorce in 1975.

He wrote two biographies of Henry R. Luce, the Time magazine magnate, but was best known for his Nazi-era scholarship in books that included “Roosevelt and Hitler: Prelude to War,” “The War That Hitler Won,” “Adolf Hitler and the German Trauma” and “Waldheim: The Missing Years,” which was published in 1988. 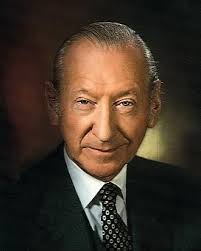 In reviewing “Waldheim” for The New York Times Book Review, the novelist Shirley Hazzard, who had written about Mr. Waldheim’s past in The New Republic, described the book as “important” but also “at times obtuse and often trivial.” She said the secretary general would have most certainly been aware of Nazi atrocities committed in Russia and the Balkans and concluded, “While Mr. Herzstein is probably right in assuming that Mr. Waldheim took no pleasure in such abominations, nothing in his temperament or story suggests he was affronted by them.” Mr. Waldheim retired as secretary general in 1981. Four years later, when he was the right-wing People’s Party’s candidate for the largely ceremonial post of president of Austria, Profil, a leading magazine, published details of his wartime past. On March 4, 1986, The New York Times reported on Mr. Waldheim’s wartime service in the Balkans and his prewar Nazi associations. A few weeks later, the World Jewish Congress announced Mr. Herzstein’s findings.

Mr. Waldheim said he had never belonged to any Nazi-affiliated groups, but, in fact, he had joined the National Socialist students’ league and later enrolled in the Sturmabteilung, the paramilitary Nazi organization of storm troopers. He served under a general who led the Germans and their Croatian allies in slaughtering more than 60,000 suspected Yugoslav partisans and their families at Kozara, in western Bosnia, in 1942. Mr. Waldheim maintained at first that he had never been there, then said the medal he received for the battle had been handed out “like chocolates” to all German officers.

He also served as an officer with a unit that executed thousands of partisans and noncombatants in Montenegro and eastern Macedonia, and killed Allied commandos who had been taken prisoner. For a time he was stationed in Greece, where more than 60,000 Jews were deported to death camps. “I never heard or learned anything of this while I was there,” Mr. Waldheim, who was a lieutenant in an intelligence unit, told The Times.

But in his book, Professor Herzstein wrote, “It is hard to believe this ambitious young staff officer, whose success had been based in large part on his ability to keep abreast of what was going on, could have failed to notice that most of the Jewish community of Salonika — nearly a third of the city’s population — had been shipped off to Auschwitz.”

Delving into archives in Washington, London, Belgrade and Vienna, Professor Herzstein found a long paper trail, including personal notes of telephone calls to alert German officials that trains would be needed to deport Italian soldiers in Athens for forced labor. The notes proved that Mr. Waldheim was “an accessory to acts of deportation” and other war crimes, the professor wrote.

Mr. Waldheim won his country’s presidency in 1986. The following year, the Justice Department barred him from entering the United States after determining that he had “assisted or participated in” the deportation, mistreatment and execution of civilians and Allied soldiers in World War II.

Also in 1987, a commission appointed by the Austrian government at Mr. Waldheim’s request said that it had found no evidence that he was guilty of war crimes. But it concluded that he must have been aware of the atrocities committed around him and that by doing nothing about those crimes, he had facilitated them. Mr. Waldheim maintained that he was guiltless and never expressed remorse for his wartime service or for his cover-up.

“The way this man could construct an alternative biography for 30 years and live it is awesome,” Professor Herzstein told The Times. “My own theory is that he was not a fanatic Nazi. He was horrified by what he saw, and after the war his conscious self internally reinforced his revulsion and created a false biography.”

As a historian, Professor Herzstein vigorously pressed the government to release more secret files on war crimes suspects, but said he maintained “a certain feeling of detachment” in his research, even though it subjected him to criticism for his lack of outrage. He said his job was to find facts.

Remember, when the nazis finally get caught, all they do is lie up another set of stories out of thin air that serve their purposes of course. Don’t worry, roundup is perfectly safe, even good for you.