“Cardinal Ratzinger was more concerned about the avoidance of scandal than he was about protecting children. ... That was a central theme. ... ” 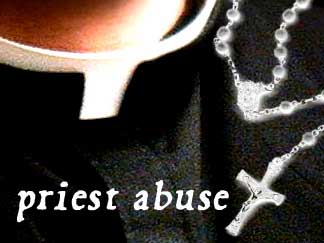 LOS ANGELES — The future Pope Benedict XVI resisted pleas to defrock a California priest with a record of sexually molesting children, citing concerns including "the good of the universal church," according to a 1985 letter bearing his signature.

The correspondence, obtained by The Associated Press, is the strongest challenge yet to the Vatican's insistence that Benedict played no role in blocking the removal of pedophile priests during his years as head of the Catholic Church's doctrinal watchdog office.

The letter, signed by then-Cardinal Joseph Ratzinger, was typed in Latin and is part of years of correspondence between the Diocese of Oakland and the Vatican about the proposed defrocking of the Rev. Stephen Kiesle.

The Vatican refused to comment on the contents of the letter today, but a spokesman confirmed it bore Ratzinger's signature.

"The press office doesn't believe it is necessary to respond to every single document taken out of context regarding particular legal situations," the Rev. Federico Lombardi said. "It is not strange that there are single documents which have Cardinal Ratzinger's signature."

The diocese recommended removing Kiesle from the priesthood in 1981, the year Ratzinger was appointed to head the Vatican office which shared responsibility for disciplining abusive priests.

The case then languished for four years at the Vatican before Ratzinger finally wrote to Oakland Bishop John Cummins. It was two more years before Kiesle was removed.

In the November 1985 letter, Ratzinger says the arguments for removing Kiesle are of "grave significance" but added that such actions required very careful review and more time. He also urged the bishop to provide Kiesle with "as much paternal care as possible" while awaiting the decision, according to a translation for AP by Professor Thomas Habinek, chairman of the University of Southern California Classics Department.

But the future pope also noted that any decision to defrock Kiesle must take into account the "good of the universal church" and the "detriment that granting the dispensation can provoke within the community of Christ's faithful, particularly considering the young age." Kiesle was 38 at the time.

Kiesle had been sentenced in 1978 to three years' probation after pleading no contest to misdemeanor charges of lewd conduct for tying up and molesting two young boys in a San Francisco Bay area church rectory.

As his probation ended in 1981, Kiesle asked to leave the priesthood and the diocese submitted papers to Rome to defrock him.

In his earliest letter to Ratzinger, Cummins warned that returning Kiesle to ministry would cause more of a scandal than stripping him of his priestly powers.

"It is my conviction that there would be no scandal if this petition were granted and that as a matter of fact, given the nature of the case, there might be greater scandal to the community if Father Kiesle were allowed to return to the active ministry," Cummins wrote in 1982.

While papers obtained by the AP include only one letter with Ratzinger's signature, correspondence and internal memos from the diocese refer to a letter dated Nov. 17, 1981, from the then-cardinal to the bishop. Ratzinger was appointed to head the Vatican's Congregation for the Doctrine of the Faith a week later.

California church officials wrote to Ratzinger at least three times to check on the status of Kiesle's case. At one point, a Vatican official wrote to say the file may have been lost and suggested resubmitting materials.

Diocese officials considered writing Ratzinger again after they received his 1985 response to impress upon him that leaving Kiesle in the ministry would harm the church, Rev. George Mockel wrote in a memo to the Oakland bishop.

"My own reading of this letter is that basically they are going to sit on it until Steve gets quite a bit older," the memo said. "Despite his young age, the particular and unique circumstances of this case would seem to make it a greater scandal if he were not laicized."

Irwin Zalkin, an attorney representing some of the victims, said he was familiar with the correspondence but wouldn't provide documents to AP.

"Cardinal Ratzinger was more concerned about the avoidance of scandal than he was about protecting children," Zalkin said in a phone interview. "That was a central theme."

As Kiesle's fate was being weighed in Rome, the priest returned to suburban Pinole to volunteer as a youth minister at St. Joseph Church, where he had served as associate pastor from 1972 to 1975.

Kiesle was ultimately stripped of his priestly powers in 1987, though the documents do not indicate when, how or why. They also don't indicate what role — if any — Ratzinger had in the decision.

Kiesle continued to volunteer with children, according to Maurine Behrend, who worked in the Oakland diocese's youth ministry office in the 1980s. After learning of his history, Behrend complained to church officials. When nothing was done she wrote a letter, which she showed to the AP.

"Obviously nothing has been done after EIGHT months of repeated notifications," she wrote. "How are we supposed to have confidence in the system when nothing is done? A simple phone call to the pastor from the bishop is all it would take."

She eventually confronted Cummins at a confirmation and Kiesle was gone a short time later, Behrend said.

Kiesle was arrested and charged in 2002 with 13 counts of child molestation from the 1970s. All but two were thrown out after the U.S. Supreme Court struck down as unconstitutional a California law extending the statute of limitations.

He pleaded no contest in 2004 to a felony for molesting a young girl in his Truckee home in 1995 and was sentenced to six years in state prison.

Kiesle, now 63 and a registered sex offender, lives in a Walnut Creek gated community, according to his address listed on the Megan's Law sex registry. An AP reporter was turned away when attempting to reach him for comment.

William Gagen, an attorney who represented Kiesle in 2002, did not return a call for comment.

More than a half-dozen victims reached a settlement in 2005 with the Oakland diocese alleging Kiesle had molested them as young children.

"He admitted molesting many children and bragged that he was the Pied Piper and said he tried to molest every child that sat on his lap," said Lewis VanBlois, an attorney for six Kiesle victims who interviewed the former priest in prison. "When asked how many children he had molested over the years, he said 'tons.'"

Cummins, the now-retired bishop, told the AP during an interview at his Oakland home that he "didn't really care for" Kiesle, but he didn't recall writing to Ratzinger concerning the case.

"I wish I did write to Cardinal Ratzinger. I don't think I was that smart," Cummins, now 82, told AP.

In one case, the future pope took over the abuse case of the Rev. Michael Teta of Tucson, Ariz., then let it languish at the Vatican for years despite repeated pleas from the bishop for the man to be removed from the priesthood.

In the second, the bishop called Msgr. Robert Trupia a "major risk factor" in a letter to Ratzinger. There is no indication in those files that Ratzinger responded.

The Vatican has called the accusations "absolutely groundless" and said the facts were being misrepresented.