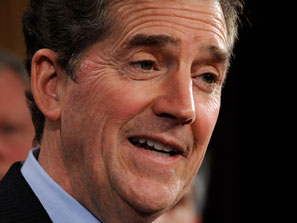 While many might consider former Alaska Gov. Sarah Palin to be the face of the Tea Party, when in comes to the 2010 midterm elections, it seems that South Carolina Sen. Jim DeMint may be the dominant force driving the ambitions of the conservative movement.

Six out of eight candidates running for U.S Senate with DeMint’s seal of approval, to date, have achieved success in securing the Republican nomination in their respective races as they now look to lock up voter support ahead of November.

Dino Rossi’s top-two finish in Washington state’s primary Tuesday boosted DeMint’s record to 6-2 in Senate primary contests around the country in which he’s formally endorsed a candidate.”If (Rossi) is elected, he will stand up to the big spenders in both parties and help us take our country back,” the South Carolina Republican said after Rossi advanced with incumbent Democratic Sen. Patty Murray to the general election campaign.

Other DeMint-endorsed candidates running for Senate this election cycle include Rand Paul in Kentucky, Ken Buck in Colorado, Mike Lee in Utah, and Marco Rubio in Florida. The South Carolina Senator now also lends his conservative star power to Nevada hopeful Sharron Angle, despite not formally endorsing her in the state’s primary.

In an ironic twist, Buck, Rubio and Angle all rank among the six least popular contenders vying for a spot in the upper congressional chamber this year. The finding comes by way of a new survey from Public Policy Polling, which also shows Paul earning a place at the bottom of the list.

Last month, former Senate Majority Leader Trent Lott issued a warning on what he anticipated could unfold if a handful of DeMint-backed candidates came out on top in their electoral pursuits:

Lott (R-Miss.), now a D.C. lobbyist, warned that a robust bloc of rabble-rousers spells further Senate dysfunction. “We don’t need a lot of Jim DeMint disciples,” Lott said in an interview [with the Washington Post]. “As soon as they get here, we need to co-opt them.”

But Lott said he’s not expecting a tea-party sweep. “I still have faith in the visceral judgment of the American people,” he said.

DeMint signaled to Politico earlier this year that he has no qualms about injecting himself into contentious races, even in the wake of reports painting some of his current Senate colleagues as being displeased with his decision to wade into any of a number of match-ups.

“The number of people in the Senate will always be the same,” explained DeMint in an interview. “The number of senators who believe in the principles of freedom and have the courage of their convictions must be increased.”

S. California: Rep. Bilbray Speaks on his Board Membership of Hate Group Underwritten by the Pioneer Fund
Aug 26