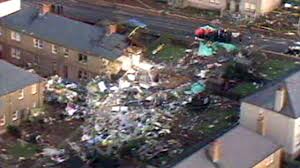 Related: “Lockerbie Lies,” letter to The Scotsman, November 28, 2013: ” … The Crown Office … should not be surprised if by having anonymous United States ­officials supervising in the dock of a Scottish court they have abandoned any hope of appearing impartial in a political sense. That was how Prof Köechler saw it and we shouldn’t be surprised if the world (excluding the US) views the Lockerbie trial and appeal verdicts as the work of Uncle Sam via a puppet state.”

The father of one of the Lockerbie bombing victims is calling on the Maltese Government to request the Scottish Government to revoke the sentence which found Abdelbaset Ali Mohmed al-Megrahi guilty, thus clearing Malta’s name from this terrorist attack.

The call was made by Dr Jim Swire who on December 21, 1988 lost his 24-year-old daughter who was aboard Pan Am Flight 103. The plane crashed when a bomb exploded when it was flying over the Scottish village of Lockerbie. Throughout the case the prosecution had argued that the accused had planted the bomb on a plane which had left Malta.

Dr Swire is in Malta in connection with the play ‘The Lockerbie Bomber’ which is being staged at St James Cavalier. During his stay Dr Swire who is  accompanied by Robert Forester from the Justice for Megrahi Group, met Prime Minister Joseph Muscat and Foreign Minister George Vella.

Addressing a news conference this morning, Dr Swire described the meeting as a very cordial one, while expressing his gratitude for the fact that Maltese government was very willing to listen to them. Asked by this portal whether the Prime Minister was forthcoming to his request, Dr Swire said “the ball is in their court” with reference to the fact that the Maltese Government can request the Scottish authorities to review the sentence. He said that he was very surprised by the fact that 25 years on, the Maltese are still very interested in this terrorist attack.

He added that Al Megrahi, whom he referred to as “a friend” was just a scapegoat, and that the attack was probably carried out by the Iranians in retribution to the fact that five months earlier an Iran Air plane had been shot down by mistake the Americans over the Persian Gulf.

Why are Companies that Support Anti-American Terrorism Given Pentagon Contracts in Afghanistan?
Nov 30