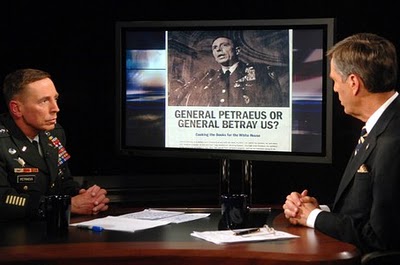 “When the Department of Defense misleads the American people by having them believe that they are listening to the views of objective military analysts when in fact these individuals are simply replaying DoD talking points, the department is clearly betraying the public trust,” the lawmakers wrote in a joint letter to Defense Department Inspector General Claude M. Kicklighter on Friday.

Rep. Rosa DeLauro, D-Conn., who organized the letter, said it was important for the inspector general to find out how high-ranking officials within the Pentagon were allowed to operate a program aimed at deceiving the American people.

“Not only must the Inspector General now account for what it did and did not know about this state-sponsored propaganda effort, but they must also explain why, if they knew about the propaganda campaign, it was allowed to proceed,” DeLauro said. “Additionally, we are calling for the Inspector General to launch an investigation to ensure no detail surrounding this program remains hidden.”

Retired officers who acted as military analysts for major news outlets were given plum access to the Pentagon, with regular briefings by then-Defense Secretary Donald Rumsfeld and a sponsored trip to the Guantanamo Bay military prison in Cuba.

The operation, which has been halted, was first reported by The New York Times.

Legal News: Yoko Ono vs. “Intelligent Design” Fundamentalists Over Use of John Lennon’s “Imagine” in Religious Propaganda Film
May 03