" ... At the end of 2007 [Dan] Bartlett, during an interview with Evan Smith published in the January '08 Texas Monthly, implied some conservative bloggers, such as HUGH HEWITT, were unfiltered mouthpieces for the GOP and Bush White House. ... " 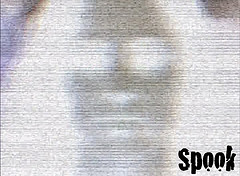 Jack Martin and Dan Bartlett, the two top executives of Public Strategies, will have significantly expanded roles in the merger, which will create an international public affairs and public relations firm with 2,300 workers in 44 countries. 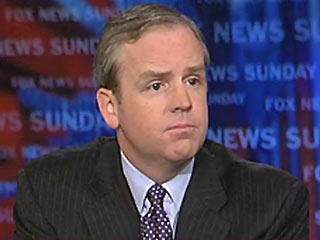 [Re Dan Bartlett, from WikiPedia: "Bartlett worked on George W. Bush's first successful campaign for Governor of Texas in 1994. He was appointed as Deputy to the Policy Director in the Governor's office in Texas, and was Issues Director for Bush's 1998 gubernatorial re-election campaign. During the 2000 presidential campaign, Bartlett was the Director of Rapid Response for Bush for President; he later worked as a deputy to presidential advisor Karen Hughes before being named White House Communications Director. On January 5, 2005, the White House announced that Bartlett would assume the role of Counselor to the President, which allows him to focus more broadly on strategic communication and the formulation of policy. He has also worked for Karl Rove's political consulting firm. On June 1, 2007, Bartlett announced his resignation as Counsel to the President.

Controversies: Following the July 6, 2003, editorial by former ambassador Joseph Wilson, Bartlett (with Ari Fleischer) pushed reporters to pursue who in the CIA sent him to Niger, but stopped short of revealing that his wife worked for the agency. At the end of 2007 Bartlett, during an interview with Evan Smith published in the January '08 Texas Monthly, implied some conservative bloggers, such as Hugh Hewitt, were unfiltered mouthpieces for the GOP and Bush White House:

"I mean, talk about a direct IV into the vein of your support. It’s a very efficient way to communicate. They regurgitate exactly and put up on their blogs what you said to them. It is something that we’ve cultivated and have really tried to put quite a bit of focus on."

In May 2008, Bartlett appeared on various media outlets casting aspersions on the contentions raised by Scott McClellan in his book What Happened that the administration had repeatedly "shaded the truth" in connection with justifying the Iraq War, and describing the role that various administration officials played in the Valerie Plame leak case. In a May 2008 telephone interview with CNN, Bartlett "asserted that McClellan did not play a major role in key events, noting that the former aide was serving as deputy press secretary for domestic issues during the run-up to the war in Iraq, raising questions about how McClellan could claim the President used 'propaganda' to sell the war." ... 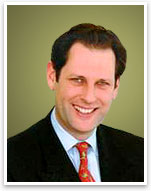 "We are excited about expanding on the global stage," Martin said. "This gives us a premier platform on which to showcase our leadership and further expand our offer of unique new business strategies for our clients."

Both companies are owned by WPP Group, a London-based international marketing and communications conglomerate.

Under the merger, each company will keep its own brand and client base for the foreseeable future.

Although the merger will greatly expand the jobs of Martin and Bartlett, it's not expected to have a big impact on Public Strategies' operations in the near term.

The company, which provides crisis management and strategic communications consulting to a variety of clients, has about 175 workers worldwide, including about 70 in Austin and a slightly larger number in Dallas. It also has operations in San Antonio, New York, Washington and Mexico City.

Hill & Knowlton, which does public relations and communications work, has operations in Dallas but not in Austin.

Public Strategies is a consultant to Fortune 500 companies, nonprofit groups, associations and other clients. The company does not disclose its clients, but the list is known to include Dell Inc. and AT&T Inc.