Mecca, the Hajj of 1954, September … Two pilgrims took a ride on the bus carrying 21 Soviet Muslims to the Kaaba.

In the bus, the two men, carrying U.S. passports, start intimidating the others, shouting: “You are not true Muslims, you serve Moscow atheists.” They later pasted anti-Soviet posters on walls of Mecca and threw tomatoes at the mostly Turkic Soviet Muslims. Ian Johnson, who gives more details in his wonderful book “A Mosque in Munich,” speculates that probably on U.S. advice, King Saud of Saudi Arabia turned down a request from the Soviet ambassador to forward his complaints.

An edition of Time magazine, dated Sept. 27, 1954, reported the story as a spontaneous outburst of two Muslims of Russian-origin émigrés against the Soviet regime. But it was not like that at all. In fact, it was probably the first open act against the Soviets via Muslim communities conducted by the Central Intelligence Agency (CIA), sponsored by a Germany-based cover organization.

Both CIA propagandists in Mecca were also of Turkic origin. One of them was the 42-year-old Hamid Rashid. The other was 37-year-old Ruzi Nazar, or Nasar as it is sometimes spelled in the West.

When I read an obituary notice in the classified pages of daily Hürriyet on May 1 about the passing of Nazar the previous day, I immediately thought of this incredible anecdote, which sheds light on what the world is facing today.

“A great patriot of the Turkic World this century and a dear son of Turkistan,” said the ad, which was signed by “Enver Altaylı and family.” Himself a former agent of Turkish National Intelligence Organization (MİT), Altaylı wrote and published a book in 2013 with title “Ruzi Nazar: the CIA’s Turkish Spy.”

Born in 1917 in Mergilan in the Fergana Valley of Uzbekistan, Nazar was of Uzbek origin like Altaylı. From a well-educated merchant family, he was influenced by pan-Turkish feelings against Russian domination in Central Asia. After studying economics and chemistry in Tashkent University, he was drafted into the Soviet army as World War II broke and sent to the Ukrainian front. There he met Ukrainian nationalists collaborating with the occupying German Nazi army against the Soviets, which changed the entire course of his life.

This coincided with a German initiative (partly inspired by a former Turkish general Nuri Killigil, the brother of Enver Pasha who had dragged the Ottoman Empire into World War I) to establish troops of ethnic minorities within the Soviet Union to fight against the Soviets.

Ruzi, with some fellow Central Asians, joined the newly formed CIA when the former chief of the Nazi military intelligence department, Reinhard Gehlen, changed sides – along with his network in Eastern Europe, the Middle East, the Caucasus and Central Asia.

Nazar took an active part in establishing two radio stations sponsored by the CIA near Munich: Radio Free Europe, which targeted Eastern Europeans and Russians, and Radio Liberty, which targeted the Muslim Central Asia and the Caucasus.

As he settled in Washington D.C., he started to look around for fellow Turks. One of the people he met by coincidence was an officer of his age in Turkey’s NATO mission in the Pentagon who had already spent time in jail due to pan-Turkish activities, but had been released. He was Alparslan Türkeş, who would later take part in the 1960 military coup and establish the right-wing Nationalist Movement Party (MHP) in 1969.

Nazar was appointed to Ankara in late 1959 as a “liaison officer between the ambassador and the American military mission,” in his words. He was to coordinate anti-Soviet activities mostly beyond Turkish borders, but also within Turkey. According to Altaylı, who befriended by him in that period, Nazar had generous funds to be spent on media and civil society activities to spread anti-communism and promote Islam and nationalism in the Turkic world. Altaylı also adds that he was recruiting Turkic-origin diplomatic members of Warsaw Pact countries in Turkey for the CIA.

That period of service continued for more than 12 years and ended after another military coup in Turkey in 1971. It was a time when known CIA operatives like Paul Henze and Duane Clarridge (later to have a major role in the Iran-Contra affair) served in Turkey as CIA station chiefs.

Ruzi took an active part in the U.S. efforts to organize a resistance against Soviet presence in Afghanistan from 1978 on, even before the invasion in 1979. Islamist tribes provided the human resources to bring together a Mujahedeen movement. The Islamists, trained and equipped by the Americans and its NATO allies (including Turkey), managed to defeat the Soviets, contributing to the eventual disintegration of the U.S.S.R., but encouraging movements like the Taliban, al-Qaeda and others. Many of these radical groups have increased their influence up until today.

I would like to write Ruzi Nazar’s biography myself, but he told me that he would rather his daughter Sylvia Nasar write it. His daughter is a novelist who also wrote “A Beautiful Mind,” based on the story of Nobel Prize winning mathematician John Forbes Nash, who was played by Russell Crowe in the later movie.

Nazar was probably (since we may not know the more secretive and currently alive ones) the last of the Cold War warrior-spies. He spent his final years in the Turkish Mediterranean resort town of Side, where he passed away and was buried on April 30.

Previous Article
In El Salvador and Nicaragua, Abortion Can Mean Imprisonment Or Death
Next Article
Coca-Cola Executive is an ISIS Recruiter

On the Trail of Turkey’s Terrorist Grey Wolves, by Martin A. Lee
Jul 08 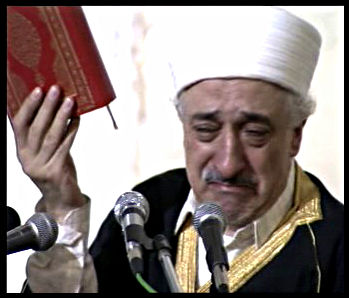