The Hollywood actors are the godparents of 8-year-old Grace and 6-year-old Chloe, the daughters of Murdoch and his third wife Wendi Deng.

The Australia co-stars attended the girls’ baptism beside the River Jordan, which is traditionally believed to be the baptism site of Jesus Christ, Perez Hilton reports. 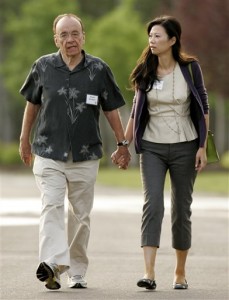 After the ceremony, Queen Rania of Jordan invited the group, along with Kidman’s husband Keith Urban and Ivanka Trump, for a three-day tour of the country.