The Public Lynching of Angelina Jolie 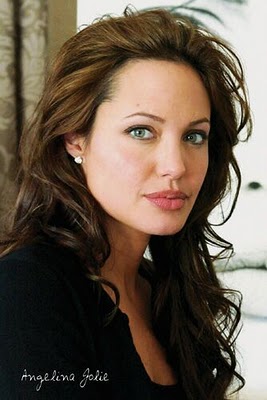 Angelina Jolie has made a film about the murder of Daniel Pearl, and committed the offense of shunning Fox News reporters who requested an interview (the famed actress obviously isn't politically naive). The controlled media, led by Fox, is retaliating by shredding her reputation.

The reaction from the press recalls the fury that rose up around Oliver Stone and his JFK movie - BEFORE THE SCRIPT WAS EVEN WRITTEN. Angelina Jolie is a busy left-wing activist, and the media attacks on her character serve to further discredit liberal causes in public perception, and one more progressive activist in the public eye is portrayed, like Stone, as a capricious political pariah.

This story from the London Observer reads like the anatomy of an orchestrated character assassination campaign - let this bandwagon pass. Send Fox a message about media brainwashing - See the Daniel Pearl movie, give to her landmine-elimination fund, turn off the tasteless corporate-state propaganda on Murdoch TV. Public lynchings are so passé ...

She's one of the most beautiful women in the world, a talented actress who lives with a man many claim is the sexiest man on the planet and she has a penchant for doing high-profile good deeds. But now - perhaps inevitably - the Angelina Jolie backlash has begun. The stunning movie star generates headlines almost every day but now those headlines have taken a distinctly negative turn.

For the backers of her new film, A Mighty Heart, which tells the story of murdered Wall Street Journal reporter Daniel Pearl, negative publicity around Jolie's recent activities is becoming a potential threat to its success.

First was a disastrous PR gaffe after one of Jolie's overzealous lawyers tried to force journalists to sign a contract before they could interview her for the film's publicity drive. The document said they could not ask Jolie any personal questions and that the interview '... could only be used to promote the picture'.

Though the world of celebrity interviews is often full of such tacit agreements, the existence of a legal contract saw many reporters, including those from USA Today and the Associated Press news agency, cancel interviews. The fact that A Mighty Heart is about the issue of press freedom made the story all the more ironic. 'Jolie turns out to be a mighty hypocrite when it comes to her own freedom of the press,' said Fox TV's Roger Friedman.

But that move was just the latest in a series of press kerfuffles for Jolie's staff had previously tried to ban Fox journalists from covering her new film's premiere, until the studio behind the film, Paramount, intervened. At the same time some of the adulatory coverage of Jolie associated with the film has itself become the subject of intense criticism. Men's magazine Esquire is putting Jolie - barely clothed - on the cover of its July issue. The magazine is also running a lengthy profile and interview with Jolie inside.

Yet instead of drawing people into watching the movie, the piece has been the subject of intense media-bashing. On the popular online magazine Slate the article was trashed under the headline: 'The worst celebrity profile ever written?' And elsewhere a review of the film was headlined: 'The Mariane Pearl movie can't escape the shadow of Angelina Jolie' and went on to say that casting had trumped acting because Jolie was an actress whose 'global recognizability quotient is exceeded only by that of the sun' and hence we cannot suspend belief long enough to believe she is Pearl. Its a damning turnaround for the actress.

Perhaps some of the backlash is the inevitable consequence of how Jolie and Brad Pitt have skilfully exploited the intense media interest in their lives in return for publicity for charities and causes that they are interested in. But even that has started to backfire. Several US newspapers reported last week that she has abandoned a charity in her eldest son's name. She established the Maddox Jolie Project to protect the eco-system and watershed conservation values in his homeland of Cambodia. But according to 'sources' Jolie has stopped funding it.

Other recent stories in celebrity magazines have criticised her child-rearing skills and speculated that Pitt is reluctant to marry her. She is constantly compared with his ex, Jennifer Aniston.

But she still has support. Former Secretary of State Colin Powell last week heaped praise on the actress for her work raising awareness of landmines and refugees. 'Her work with refugees is not something to decorate herself. She studies the issues,' he told Newsweek.