” … Judge Collyer was appointed to the bench by President George W. Bush. In September 2011, she authored an opinion accepting the CIA’s view that for the CIA merely to acknowledge the fact that it had an interest in the use of drones for targeted killing would pose unacceptable damage to national security … “

Judge Collyer’s term on the FIS Court began on March 8, 2013 and will conclude on March 7, 2020.  She replaces Judge John D. Bates, whose term ended on February 21.  Her appointment was confirmed by Sheldon Snook, spokesman for the Court.

A roster of the current membership of the Foreign Intelligence Surveillance Court can be found here.

The Court has acknowledged receipt of a letter from several members of the Senate requesting that the Court prepare summaries of its legal interpretations of the Foreign Intelligence Surveillance Act in order to facilitate their declassification and public release.  But no further action has yet been taken by the Court, as far as could be determined.

Judge Collyer was appointed to the bench by President George W. Bush. In September 2011, she authored an opinion accepting the CIA’s view that for the CIA merely to acknowledge the fact that it had an interest in the use of drones for targeted killing would pose unacceptable damage to national security.

Today, the DC District of Appeals unanimously reversed Judge Collyer’s decision.  The appeals court said the CIA was adhering to “a fiction of deniability that no reasonable person would regard as plausible.”  The case — American Civil Liberties Union v. Central Intelligence Agency — was remanded to Judge Collyer for further processing.

A United States District judge will decide soon if the Washington Metropolitan Area Transit Authority (WMATA) must immediately place controversial anti-jihad advertisements in its subway system—a move that the ad’s creators said is required by the First Amendment, and that WMATA lawyers argued could spark violence.

Federal Judge Rosemary Collyer declined to decide at a Thursday hearing whether to issue an injunction forcing WMATA to run the controversial ads, but said she would issue an order and written decision soon.

The ads, which have already stirred considerable controversy in New York City, display a quote from Ayn Rand: “In any war between the civilized man and the savage, support the civilized man.” The quote is followed by “Support Israel. Defeat Jihad,” placed between two Stars of David.

The American Freedom Defense Initiative, a group founded by conservative activist Pamela Geller, attempted to buy advertising space from WMATA for the ads. WMATA initially consented, but after anti-American riots exploded in the Middle East last month, blamed partly on an anti-Muslim film produced in the U.S., the transit authority told the AFDI it would postpone placing the ads until November.

The AFDI, represented by the American Freedom Law Center, sued WMATA, arguing the ads were core political speech protected by the First Amendment, and that delaying their placement resulted in “irreparable harm.”

WMATA argued during Thursday’s hearing that the incendiary ads could provoke fights around the subway platforms, causing safety risks. It also said it had received memos from the Department of Homeland Security (DHS) warning that it was at risk of terrorism.

“We’re not trying to close the forum to end debate on the Arab-Israeli conflict,” WMATA lawyer Philip Straub said in the hearing. “We’re merely saying these words used in this ad—‘savage,’ ‘war,’ ‘defeat’—echo so closely to the video that’s resulted in protests and deaths overseas, and, as we were notified by DHS, the threat of terrorism on U.S. soil, that these words could not be displayed in our system until passions have cooled somewhat.”

The warning from DHS was a sealed exhibit and not available to the public.

WMATA argued the ad constituted “fighting words” and also cited cases restricting protests outside of abortion clinics. It argued its decision was not based on the content of the ad, but on an interest in the safety of its passengers.

“There is no more compelling interest for WMATA than the safety of its passengers,” Straub said.

Judge Collyer seemed to agree with most of WMATA’s legal arguments, but was skeptical of its “fighting words” claim. She also called the advertisement “hate speech.”

When Muise explained the quote in question was from Ayn Rand, Judge Collyer, who was appointed by President George W. Bush in 2002, interrupted.

“Yeah, yeah, yeah, right. I understand that,” she said. “Wonderful. My point is it all depends on context. In the limited words in the ads the context of those terms seems to me to be hateful. Let me be very clear, the First Amendment protects your client’s right under the scenario I’m questioning you about, but nonetheless it seems to me it connotes a hateful message, so then I have to ask, ‘When I’m looking at it, does that make a difference?’”

In July, a U.S. District Court judge ruled in favor of the group, saying the New York City Metro Transit Authority’s policy was overly broad and the ad’s content was core political speech.

Muise argued WMATA’s restriction was indeed based on the ad’s content and that its logic failed to tie any imminent threat of violence to the ads themselves.

“At best, [WMATA] speculates that there might be threats based on a video,” Muise said. “We don’t have any verified acts of violence, and this isn’t the video.”

He also disputed the relevance of the abortion protest cases. “We’re not talking about Ms. Geller showing up with 50 protesters and blocking a subway platform,” Muise said. “We’re talking about a poster.”

Collyer said she would wait to issue her judgment. “I don’t find [the case] as straightforward as plaintiff,” she said, referring to the AFLC. “But I don’t find it as defensible as WMATA.”

If Judge Collyer grants the AFLC’s request for an immediate injunction, WMATA will be forced to place the ads right away. If the request is denied, they are still scheduled to go up on Nov. 1.

Outside of the courtroom, Geller said the ads are also running in San Francisco now, and are supposed to run in Portland as well. She disputed the judge’s characterization of the ads as hate speech and defended their content.

The American-Arab Anti-Discrimination Committee (ADC), a coalition of groups that opposes what it sees as Islamophobia, said it did not challenge Geller’s right to free speech but opposed her message nonetheless.

“If they want to put up the ads, fine,” said ADC legal director Abed A. Ayoub outside of the courtroom. “But just because it’s protected speech doesn’t mean it’s correct speech. We’re standing up and saying, ‘Look, this is not who we are.’”

A judge has ruled that the Washington transit system must accept a pro-Israel advertisement that equates radical Muslims with savages. Judge Rosemary M. Collyer of Federal District Court said Friday that the advertisement must be displayed by 5 p.m. Monday. The American Freedom Defense Initiative sued for the right to place the ads. Similar ads recently appeared in the New York subway system. 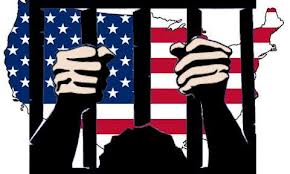