Lawmakers in the US House have unanimously voted to end the National Security Agency’s bulk phone metadata collection program. Members of Congress were voting on the USA Freedom Act, a bill introduced by Rep. James Sensenbrenner (R-WI), who also introduced the Patriot Act in 2001.

The bill, designed to curb the vast bulk collection of data on US citizens, passed a 32-0 vote across party lines, making it the first surveillance bill to make it to the House floor.

In a joint statement, the committee urged the House and Senate to move quickly in order to “restore confidence in the way intelligence is gathered and protect the privacy rights of all Americans.”

But the bill’s future in the house remains unknown.

Privacy advocates and lawyers, academics, and industry partners alike have heralded the Freedom Act as the one-stop legislative shop to counter the NSA’s massive surveillance capabilities.

But some have warned that the bill is not as strong as when it was first introduced in October.

One of the major changes was to force the U.S. government to “seek approval from the Foreign Intelligence Surveillance Court (FISC) of specific selection terms on a case-by-case basis.”

But following new proposals, the FISC may authorize up to “two hops” of separation, which may still include millions of records.

That said, the bill would also permit Silicon Valley tech titans to disclose semi-annually the number of FISA orders they receive, codifying a settlement reached between the Justice Dept. and the companies earlier this year. 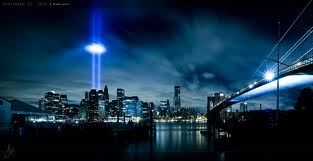