Re: Discovery’s “America’s Most Secret: Structures. “ See video clip below.

The segment on Plum Island examines how the lab there, once under the Dept. of Agriculture, now falls under the authority of The Dept. of Homeland Security. It also examines how tightly controlled access is to the island, its history and connections to Nazi Germany, Dr. Erich Traub and Operation Paperclip, and how the U.S. brought him to the island to exploit the scientific knowledge he gained as the head of the Nazi bio lab and his previous experiments with diseased ticks. It examines the possibilities of bio containment breaches, the foot and mouth disease outbreaks on the island, and theories that some have about the island’s connection to the 1977 outbreak of Lyme disease in Lyme, CT. It also takes a look at its connections to the Taliban through Sultan Bashiruddin Mahmood. 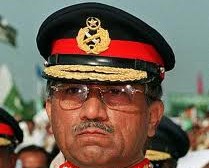 Musharraf to Return to Pakistan on March 24
Mar 17