GREENVILLE, S.C. —An Upstate man who is the host of a conservative radio show on a Christian talk channel has been charged with a sex crime against a three-year-old boy, according to arrest warrants.

Josh Kimbrell, who is the host of Common Cents on Christian Talk 660AM/92.9FM, is charged with first-degree criminal sexual conduct with a minor under 11.

According to the arrest warrant, Kimbrell, under the guise of a game, fondled the child and committed other sexual acts against the boy.

Greenville police said that Kimbrell was arrested Tuesday. He is being held without bond.

Kimbrell’s Common Cents show airs weekdays at 5 p.m. He was born and raised in the Upstate and attended North Greenville University, according to his website. It says he is also chair of the Palmetto Conservative Alliance.

The radio station officials told WYFF News 4 that they have no comment at this time.

Kimbrell bills himself on his website as “South Carolina’s Fresh Voice for Freedom.”  His radio show – “Common Cents” – airs at 5:00 p.m. weekdays on Christian Talk 660AM/ 92.9 FM. Now he finds himself facing a first degree criminal sexual misconduct complaint after he was accused of fondling and committing other sex acts with the three-year-old boy under the guise of a game.

Kimbrell, who is divorced, has a three-year-old son.

News of Kimbrell’s arrest – which took place on Tuesday – was first reported by WYFF TV 4 (NBC – Greenville, S.C.).  He is currently being held without bond, according to the station.

Kimbrell also reportedly had designs on holding political office himself – and is connected to the social conservatives who recently took over the Greenville (S.C.) Republican Party from a group of limited government fiscal conservatives.

“He was a rising conservative star in the Upstate,” one of our well-connected sources said.

In fact Kimbrell spoke prior to an event held for U.S. Sen. Ted Cruz of Texas – who visited Greenville on a recent Palmetto State swing.

Kimbrell’s supporters rallied to his defense on social media.

“No one is exempt from satanic attack. No one,” wrote supporter Wanda Rabena. “Praying the angels are sent swiftly to help you overcome this dark episode in your life.”

Others moved quickly to blame the allegations on his ex-wife, who they say abandoned him and the couple’s infant child three years ago.

Obviously we will continue to follow the story as it unfolds … 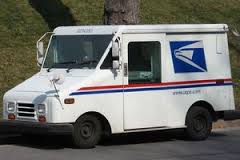 Secret Surveillance of Mail is Widespread with Lax Oversight
Oct 31