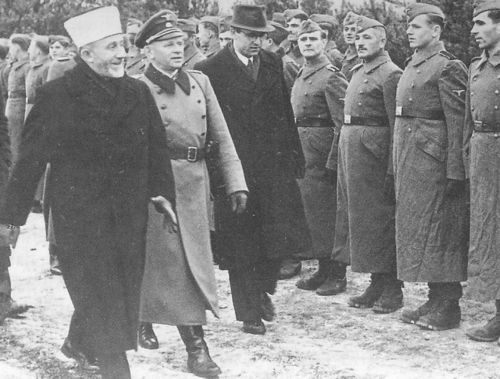 Many Israelis and Palestinians would like peaceful coexistence, but myths, propaganda and denial have a habit of getting in the way
Excerpt by Gilbert Achcar | Le Monde Diplmatique

Israel’s propaganda war with the Palestinians and the Arab world has intensified in recent years, and partisans of both sides in Europe and the US have been active in this. Israel needs to cultivate the support of the West to survive, so this aspect of the conflict has always been of crucial importance.

Israel’s image in the West first suffered significantly during the invasion of Lebanon in 1982. The long siege of Beirut, the massacres in the Palestinian camps of Sabra and Shatila, perpetrated while Israel looked on, shocked the world. The impact of these events, comparable to that of the Vietnam war on the US, is still felt even in Israel.

Between the invasion of Lebanon and the start of the first intifada (at the end of 1987), Israel’s “new historians”  re-examined the central myths of Zionist ideology critically, and their rewriting of the story of Israel’s origins gave rise to the small but significant movement of “post-Zionism”. But it failed to prevent a gradual ideological shift to the right in Israeli society, the premature collapse of the Oslo accords and the emergence of an aggressive “neo-Zionism”. According to the Israeli sociologist Uri Ram, “post-Zionism is citizen-oriented, supporting equal rights, and in that sense favouring a state of all its citizens within the boundaries of the Green Line [the border between Israel and the West Bank prior to the 1967 war], universal and global. Neo-Zionism is particularist, tribal, Jewish, ethnic nationalist, fundamentalist and even fascist on the fringe.”

Israel’s sabotage of the peace talks, its rapid colonisation of the occupied Palestinian territories and its deadly incursions into Lebanon (2006) and Gaza (2008-9) worsened the deterioration of its image. In an attempt to halt this decline, the Israeli authorities, and their unconditional supporters in the West, continue to invoke the memory of the Holocaust in the hope that it will legitimise their actions.

They have also attempted to implicate the Palestinians and the Arabs in the Nazi genocide. The Zionist authorities started accusing the Grand Mufti of Jerusalem, Amin al-Husseini soon after 1945. A figurehead of Palestinian nationalism in the 1920s and 1930s, he was exiled from Palestine by the British in 1937. After a short time in Iraq, he joined the Axis cause in 1941 and spent the war in Berlin and Rome, contributing actively to the propaganda efforts of the Axis powers, helping to set up Bosnian Muslim units of the German Waffen-SS – which did not, however, commit any acts of anti-semitic violence.

Even before his exile, Husseini had been discredited in the Arab world, if not in Palestine, and his exhortations to join the Axis cause made little impression. According to a US military historian, only 6,300 soldiers from Arab countries passed through German military organisations – 1,300 from Palestine, Syria and Iraq, the rest from North Africa. The British army was able to recruit 9,000 Arab soldiers from Palestine alone while 250,000 North African troops served in the French Army of Liberation and accounted for the majority of its dead and wounded.

But the Zionists claimed the mufti was an official representative of the Palestinians and Arabs and in 1945 demanded (without success) that he be handed over to the international military tribunal at Nuremberg, as if he had been a key part of the Nazi genocide machine. Articles, pamphlets and books were produced to present Husseini as a candidate for prosecution. The mufti served a symbolic purpose, allowing the Zionists to claim that the Palestinians shared responsibility for the genocide, and justify the creation of a “Jewish state” on the territory of their homeland.

This motive became a constant in the propaganda of the state of Israel. It explains the extraordinary importance accorded to the mufti in the Holocaust memorial museum, in Jerusalem. … Peter Novick points out that the entry on the mufti in the Encyclopedia of the Holocaust, published in association with Yad Vashem (the Holocaust remembrance authority), is much longer than those on Himmler, Goebbels or Eichmann, and only a little shorter than that on Hitler.

Since the terrorist attacks of 11 September 2001 there have been many publications claiming that Jews in Palestine in 1948 faced the threat of genocide. They suggest that the Arabs were (and still are) moved by the same hatred of Jews as the Nazis, meaning that the expulsion of the Palestinians when the state of Israel was created – and their continued subjugation by Israel – should be regarded as legitimate acts of self-defence.

Two books, by Klaus-Michael Mallman and Martin Cüppers, and by Jeffrey Herf, appear to be serious works as they are based on studies of Nazi, American and British archives, but the authors know very little about the Arab world and do not speak Arabic. An excellent collection of critiques of Mallman and Cüppers’ work appears in the Auschwitz Foundation’s review Témoigner: Entre Histoire et Mémoire (Bearing Witness: Between History and Memory), in which Dominique Trimbur observes that their book is part of “a historic trend marked by the spirit of the time in which it was written – the early 2000s. The whole argument lacks subtlety, especially when the authors refer to ‘the Arabs’ and ‘the Muslim world’, generalisations typified by the reproduction, or deliberate appropriation of the expression ‘clash of civilisations’.”

In response, two contradictory trends have emerged on the Arab side: one is the comparison of Israel’s actions to Nazism, the other is Holocaust denial. That many Arabs can hold these contradictory positions is a clear indication that they are trying to compensate for an inability to respond effectively to real violence by resorting to symbolic violence. …