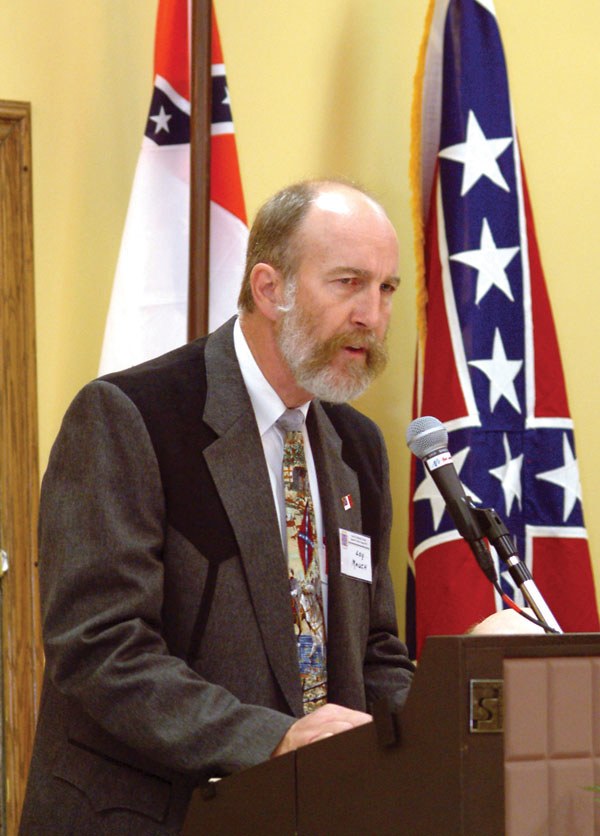 It's very clear by now that a lot of Arkansans walked into the voting booth Nov. 2 and simply filled in the bubble next to anyone's name that didn't have a "D" beside it.

That’s the best explanation David Koon at the Arkansas Times could produce for why Arkansas voters would elect Republican Loy Mauch to represent the 26th state House district near Hot Springs. Mauch is a proud, active member and a former regional chairperson of a racist hate group (designated as such by the non-partisan Southern Poverty Law Center, the leading national authority on such groups).

For more background on the organization Mauch helped lead and still pays dues to, here’s an excerpt from the SPLC’s description of the group, known as the League of the South:

The League of the South is a neo-Confederate group that advocates for a second Southern secession and a society dominated by “European Americans.” The league believes the “godly” nation it wants to form should be run by an “Anglo-Celtic” (read: white) elite that would establish a Christian theocratic state and politically dominate blacks and other minorities. (…)

The league, which originally had bragged about the fact that the Southern Poverty Law Center (SPLC) did not then list it as a hate group, quickly became more radical. It came out against interracial marriage. [Founder and current leader Michael] Hill publicly defended antebellum slavery as “God-ordained” and another league leader described segregation as necessary to racial “integrity” of both races, black and white alike. Hill called for a hierarchal society composed of “superiors, equals and inferiors, each protected in their legal privileges” and attacked egalitarianism as a “fatal heresy.” He said people other than white Christians would be allowed to live in his South, but only if they bowed to “the cultural dominance of the Anglo-Celtic people and their institutions.” Where the goal of secession was once largely rhetorical, it became a seriously stated aim.

Beyond that of his associations, Mauch has his own history of neo-confederate radicalism, including showing admiration for the assassin who murdered President Lincoln:

In 2004, angered by the city of Hot Springs' refusal to remove a statue of Abraham Lincoln displayed in the Hot Springs Civic and Convention Center, the Keller Camp [a local branch of the Sons of Confederate Veterans, commanded by Mauch] hosted a conference in Hot Springs called "Seminar on Abraham Lincoln — Truth vs. Myth," with a keynote address called "Homage to John Wilkes Booth."

In response to the 2008 election of Barack Obama – before President Obama was even sworn in – Mauch used the Confederate battle flag as a rallying cry to declare the new President illegitimate:

"The government has lost its moral authority over God-fearing Americans," Mauch wrote to the Arkansas Democrat-Gazette. "I wish more patriots like James Vandiver would take their stand for what the Confederate Battle Flag truly symbolizes."

An individual like Loy Mauch is a disgrace to elected office. But sadly, Arkansas is probably stuck with Mauch until the next election in 2012.

James Howard Kunstler: The GOP is Lost to the Birchers

Thompson Courts the Hard-Right Base