“Faith-based” is cover for the organized theft of federal funds by “conservative” (ie. fascist) political forces operating under religious cover. The Department of Health and Human Services has been headed by “faith-based” radicals since Bush took office, and has been heavily hit by fraudulent health care programs designed to siphon public coffers.

Like Halliburton or a host of other contractors tied to the Bush administration, Humana and other recipients of “faith-based” funds are vastly over-charging for their “services.” To keep costs down, they have taken on marginal employees, some with criminal records, to bilk the government.

The issue here is not merely anti-Constitutional religious cohesion with government, but of organized criminals in “conservative” guise flagrantly *stealing* federal revenue. 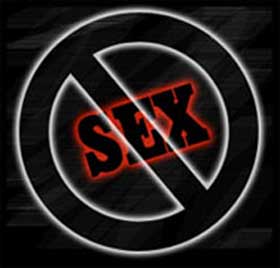 In a 5-4 decision, the court blocked a lawsuit by a Wisconsin-based group of atheists and agnostics against officials of the Bush administration, including the head of the White House Office of Faith-Based and Community Initiatives. …

Previous Article
The CIA Infiltration of Pacifica, Prequel: The KPFK Connection to the Murder of John F. Kennedy
Next Article
CIA INFILTRATION OF PACIFICA, PT. 5: BRING ON THE MISSION – An Aristide Demonizer w/Ties to Roger Noriega Pretends to be a Aristide SUPPORTER on KPFK

CIA INFILTRATION OF PACIFICA, PT. 5: BRING ON THE MISSION – An Aristide Demonizer w/Ties to Roger Noriega Pretends to be a Aristide SUPPORTER on KPFK
Jun 25