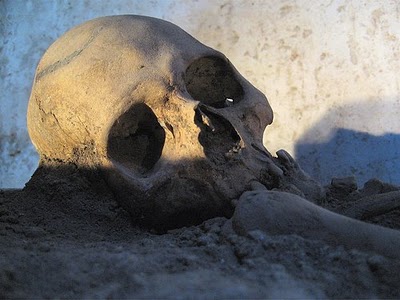 Eleven years after the signing of the peace accords in Guatemala, the new president, Alvaro Colom, has decided to open and investigate military archives to reach a reconciliation that the end of the conflict hasn’t achieved.

The announcement, made during the national day to honor the victims of the bloody war, at first glance is courageous and praiseworthy; nevertheless, there are skeptics who believe it is not feasible.

The willingness of Colom to open the previously untouchable archives of the armed forces received both a positive reaction in Guatemalan society and rejections from sectors of the oligarchy and the military that included arrogant statements from some of those implicated in the crimes.

Granma spoke about the situation with Celso Humberto Morales, deputy secretary general of the Guatemalan National Revolutionary Unity (URNG), the political party of the former guerrilla movement that is trying, under difficult conditions, to form a leftwing front in favor of structural changes and of meeting the peace accords.

I first met Celso Humberto Morales during those days of war, when he was known as Commander Tomas and was the second in charge of the Ejercito Guerrillero de los Pobres (The Guerilla Army of the Poor), one of four revolutionary organizations that united in the URNG. He was a combatant who knew first hand of the repression and scorched earth policy of the military governments responsible for the majority of the deaths and disappearances, estimated at some 250,000 people.

“The president’s statement is very important because those archives should contain valuable information to clarify many of the crimes committed during the war, such as the massacres carried out by the army against the indigenous population and beyond. It is possible that we can learn the fate of many of the 250,000 dead and disappeared,” said Morales.

“At the same time I have my doubts on what President Colom is really trying to achieve. Firstly, it must be determined if the archives are complete, because the repressors have had sufficient time and its reasonable to suspect that part of the information has been destroyed to impede truth and justice.

“The counterinsurgency framework of the State and the Army in Guatemala has not been totally deactivated. Part of it remains concealed in groups […] that carry out selective repression today, and continue murdering.

“[…] These crimes continue with impunity, despite the fact that the names of the biggest violators of human rights are known, they are there: they were the de facto rulers, the ministers of Defense and the Interior, and the chiefs of the general staff and the police.”

Even though ex-general Efrain Rios Montt of the Guatemalan Republican Front assures that the opening of the archives will prove that he “acted within the law,” many maintain that he is guilty; nevertheless, previous accusations against him went nowhere in local courts.

At the beginning of last year, those who filed a lawsuit for genocide, received copies of the Plan Sofia, which detailed Army operations “to exterminate subversive people in the area” of Nebaj, Quiche, in 1982.

That information, along with witnesses’ statements, would link the top Army command and Rios Montt, its chief at the time, to the massacres between 1982 and 1983.

Part or a copy of this information should be examined in the CIA archives in Langley, USA, and also at the US State Department, especially the files related to the dirty war of the Reagan administration in Central America. There is proof of massacres like the one that brought mourning to Rigoberta Menchu and so many indigenous people.

A secret (declassified) telegram from the CIA, with a date of February 1983, states that officials close to Rios Montt had given military agents a green light to “arrest, retain, interrogate and eliminate suspected guerrillas at their convenience.” This is perhaps a good clue to start from.

Lima, Mar 1 (Prensa Latina) Families of victims of the death squadrons that operated in Peru during the past decade called on the armed forces to define their position and expel from their ranks those who participated in the killing.

The representative of the victims´s relatives, Gisela Ortiz, demanded that the army admit that the criminal group existed, that the crimes committed be condemned and that they permanently expel from their ranks those officers accused of the murders.

She expressed concern over the fact that some members of the army support actions of the murderous Grupo Colina.

The issue reappeared during a new court appearance in the trial of former president, Alberto Fujimori, after a new declaration of the former head of Grupo Colina, retired major Santiago Martin Rivas.

The witness denied the existence and crimes of the group after reading documents allegedly proving the non-existence of operations against armed groups under the Fujimori regime (1990-2000).

The judges viewed a video of an interview granted to journalist Umberto Jara in which Martin Rivas confirms the crimes committed by Grupo Colina.

The former official explains in the tape that actions of the Group made up of intelligence agents was part of the counterinsurgency strategy and attributed direction under Fujimori and his intelligence advisor, Vladimiro Montesinos.

The general attorney called on the army to assume the truth and "exorcise" the ghost of Grupo Colina without falling into contradictions since, in 2003 it admitted its existence, Martin Rivas now denies.