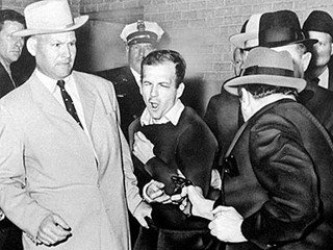 Veteran CBS correspondent and producer Ike Pappas worked closely with Walter Cronkite, a military intelligence asset recalled from Russia to take the job of anchor "Mockingbird" at CBS under Lawrence Tisch, a recruit to the cold war propaganda program assembled by the CIA's Allen Dulles. Pappas himself fits the Agency's perception management profile:

• Pappas covered the murder of Lee Oswald, and knew Jack Ruby, a "chum": "Reporters such as Ike Pappas were much closer and saw immediately not only what had happened, but recognized Jack Ruby, since he liked to chum around with reporters. In fact, the night before, he had brought snacks to one of the local radio newsrooms. ... "http://www.metafilter.com/67561/Oswald-has-been-shot

• He did "mainstream" media disinfomercials: " ... Oswald was the lone gunman. [or so the narrator for the 1995 History Channel program entitled The Secret Service, Ike Pappas, states ... "http://mcadams.posc.mu.edu/beliefs.htm

• He went on to cover the CIA and Pengaton for CBS. Example:

• Pappas, to his credit, did some fine reporting in his lifetime - including this report on a Nazi doctor in the U.S. - although this could be interpreted as containment, a limited hang-out to keep a lid on Operation Paperclip: "Crimewatch Tonight. Ike Pappas reports on the case of vicious Nazi doctor Vilis Kruze who practiced in the U.S. and caused brain damage. ... "http://www.nizkor.org/ftp.cgi/people/h/hoffman.michael/1994/hoffman.9410

" ... When Ike Pappas put together a broadcast of "Songs of War" for CBS in 1967, he used material sent to him by the Public Information Officers of various units. Many singers and performing groups were sent on tour by Special Services. In 1965 Hershel Gober and his band the Black Patches were the first performers to go on tour for Command Military Touring Shows. (CMTS). Later in the war Bill Ellis, who wrote songs about the First Cavalry Division, did a tour for CMTS and later went to Japan to cut an EP record for the Cav Public Information Office, a copy of which was given to each member of the division in 1968. ... Colonel Joe Starker (11 CAB) arranged to have Mike Staggs transferred to the 173rd Assault Helicopter Company so he could sing with the Merrymen. ... "http://www.temple.edu/isllc/newfolk/military/systems1.html

* Ike Pappas was embedded with the National Guard at Kent State at the time of the shootings: " ... Ike Pappas, a CBS reporter who had come to campus after the ROTC fire Saturday. Pappas had been given complete access to tag along with the Guard ... "http://209.85.141.104/search?q=cache:KjtKfTY4hSAJ:www.clevescene.com/2000-05-04/news/the-shootings/3+%22ike+pappas%22+a+shill&hl=en&ct=clnk&cd=34≷=us 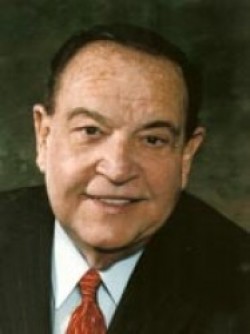 NEW YORK (AP) — Ike Pappas, a longtime CBS newsman who reported the shooting death of presidential assassin Lee Harvey Oswald on the radio as it was happening, has died at age 75. Pappas died Sunday in a hospital in Arlington, Virginia, of complications of heart disease, his family said.

Pappas was among the reporters at the Dallas police station waiting for Oswald to be moved two days after President Kennedy was assassinated. Pappas had just asked him, "You have anything to say in your defense?" when a shot rang out.

"Oswald has been shot!" Pappas said on the air, adding, "Mass confusion here, all the doors have been locked. Holy mackerel!"

Pappas was among more than 200 CBS News employees laid off by the company in 1987.•••••••Ike Pappas Biowww.televisionnewscenter.org

Journalist, producer and executive Ike Pappas began his professional life as a local (New York) radio reporter and continued on to become an award-winning CBS-News Correspondent, covering many of the major events that shaped global history from the mid 20th Century to the present.

During his 25-year tenure at the network, Pappas was seen on the "CBS Evening News" with both Walter Cronkite and Dan Rather, reporting nightly on events ranging from the battlefields in Vietnam to the Six-Day War in the Middle East, the murder of Dr. Martin Luther King Jr., the U.S. Space Program, the CIA and the Defense Department as Chief Pentagon Correspondent. He also served as Congressional and Labor Correspondent.

Pappas' career has been punctuated by many eyewitness "firsts", among them the pursuit of Cuban Communist leader Che Guevara in Bolivia, the terrorist bombing of La Guardia Airport and the Israeli invasion of Syria in 1967. He visited more than 40 countries, traveled hundreds of thousands of miles and often put his life on the line while gathering news.

In 1988, he left the network to establish his own video production company, recognized within the industry for its excellence and creativity. Known simply as "Ike Inc.”, the company was merged in 2001 with a video streaming company, which Pappas currently serves as a consultant.

In addition, he continues to write and narrate television documentaries, including "Dreams of Flight: To the Moon and Beyond," the story of Apollo 11, created for the Public Broadcasting System and Smithsonian Institution Museums and "The Greek Americans,” also for PBS.

Pappas remains in demand as a leading lecturer on college campuses and cruise lines and at national events and business meetings. He is also a staff instructor for Washington’s Television News Center, which prepares students for careers in television and radio news and production.

While attending Long Island University in the early 50’s Pappas edited the student newspaper while also working as a caption writer for United Press International . Pappas began his on-air career in the late 1950’s as a reporter for WNEW-Radio in New York. There, he provided the world with a dramatic account of the murder of Lee Harvey Oswald by Jack Ruby in Dallas, Texas in November, 1963 in the tumultuous days following the assassination of President Kennedy.

His report, done as he stood only inches from Ruby and Oswald, has become an historic broadcast, included in numerous books and recordings and in the permanent collections of the Museum of Broadcasting in New York, The Texas Historical Society and the "Newseum" in Washington, DC.

Additional recognition he has received both in and out of broadcasting include the Ellis Island Medal of Honor, an Emmy nomination, the Silver Circle award of the National Academy of Television Arts and Sciences , the CINE Golden Eagle, the Intercom Award of the International Film and Video Competition and, among many others, the Medal of St. Paul plus the Order of St. Andrew of the Greek Orthodox Church for his charity work.Pappas has portrayed himself in four motion pictures, among them "Moon over Parador" with Richard Dreyfuss, "The Package" with Gene Hackman and "Matinee" with John Goodman.