Bolivia: US ties threatened by funding 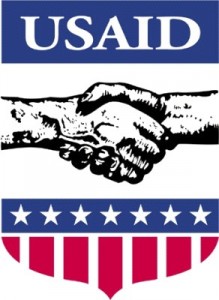 When Bolivian foreign minister David Choquehuanca and US assistant Secretary of State Arturo Valenzuela met at the start of June, it appeared that relations between the US and Bolivia were on the verge of being normalised following an 18-month diplomatic chill.

But hope for improved relations appeared to be dashed two weeks later when Bolivian President Evo Morales accused the US government-funded US Agency for International Development (USAID) of financing groups opposed to his government.

“If USAID continues working in this way”, Morales said, “I will not hesitate to expel them because we have dignity and sovereignty, and we are not going to allow any interference.”

Declassified documents uncovered by investigative journalist Jeremy Bigwood through the Freedom of Information Act (FOIA) show that, as early as 2002, USAID funded a “Political Party Reform Project” designed to “serve as a counterweight to [Evo Morales’] radical MAS [party] or its successors”.

USAID has refused to reveal which political organisations have received funding since Evo Morales’ election in 2005, but the FOIA documents point to possible funding of opposition groups that engaged in violent tactics and sparked an explosive political crisis in September 2008.

Given the US government’s record for funding opposition groups in Venezuela, the  country with which Bolivia has the closest relations, it is perfectly understandable that Morales is deeply suspicious of USAID’s Bolivia program.

The US government has refused to reveal all of the programs and groups that are currently receiving funding from the aid agency.

The Andean Information Network noted on May 31 the US government’s position violates international norms on cooperation which call for effective joint collaboration between the governments of donor and recipient countries on all cooperation programs.

It appears that the total lack of transparency in USAID’s activities is the main sticking point holding up the signing of the framework agreement that will allow for the full normalisation of diplomatic relations between Bolivia and the US.