Holt Calls for Next Church Committee on CIA 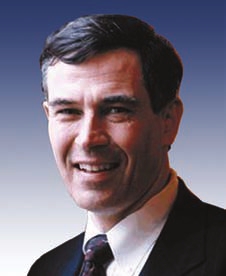 After years of examining CIA operations of dubious legality, an important member of the House intelligence committee is exploring an option that many in the intelligence community view with apprehension: a comprehensive investigation of all intelligence-community operations over years and perhaps even decades. The model is the famous Church and Pike committees of the 1970s, which exposed widespread CIA lawlessness; created the modern legal and congressional oversight structures for intelligence; and cleaved the history of the CIA into before- and after- periods.

Rep. Rush Holt (D-N.J.), a progressive who sits on the House Permanent Select Committee on Intelligence and chairs a special oversight panel that helps write the intelligence budget, has been increasingly comfortable talking about a new “Church committee.” He floated the idea in an interview with TWI on July 14, again to the Newark Star-Ledger the next day, and even attempted to discuss the Church committee’s precedents for congressional oversight with Lou Dobbs on CNN on July 20.

“I’d like to see something on the scope of the Church committee,” Holt told TWI in a Friday phone interview. The congressman said that it had been a “few decades” since Congress took a comprehensive inquiry into the intelligence community’s impact on “the relationship between the individual and her or his government, as well as the role that the U.S. plays in other countries around the world, outside of declared military activities.”

Holt said he did not have a concrete proposal prepared for the creation of such an investigation, and was at the stage of seeing what colleagues and members of the intelligence community made of such a move. “There’s agreement with the idea,” he said. “An awful lot of people have not really thought about how many unanswered questions there are or unresolved issues there are out there about how we do intelligence in the United States.”

He declined to name any members of congress with whom he has discussed such an investigation, but said they were members of the House intelligence committee and the oversight panel he chairs. “Are we close to commissioning a study in the way I’m conceiving it? No, not yet,” he said. A House Republican aide, who requested anonymity, was unaware of Holt’s early feelers, raising questions about whether Holt’s envisioned inquiry would have Republican support. And a spokesman for Rep. Silvestre Reyes (D-Texas), the House intelligence committee chairman, did not return a request for comment.

Many in the intelligence world and on the right view the committee investigations led by Sen. Frank Church (D-Idaho) and Rep. Otis Pike (D-N.Y.) as representing an apex of progressive congressional attempts to geld the intelligence community. Empaneled in response to a New York Times article by Seymour Hersh in 1974 reporting widespread surveillance of U.S. citizens, the investigations unearthed other abuses, such as repeated CIA assassination attempts on foreign heads of state. It resulted in the passage of laws like the Foreign Intelligence Surveillance Act to prevent warrantless domestic surveillance and the creation of standing committees in Congress to oversee intelligence activities. Some conservatives view the investigations as an example of congressional overreach. “I think they undermined our capabilities in some respects,” former Vice President Dick Cheney told his biographer, Stephen F. Hayes.