The CIA: A Law Unto Itself 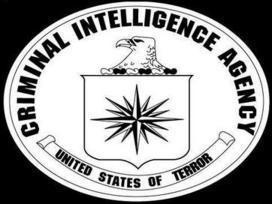 Much of the journalistic world is currently focused on the juicy diplomatic details of the WikiLeaks revelations. This is understandable, but the issues raised are complex. To the degree they provide evidence of policies at odds with official pronouncements, the leaks are warranted. To the degree they merely seek to embarrass those charged with the conduct of sensitive and difficult foreign policy issues, they are destructive. But let’s not allow the debate over necessary and/or unnecessary secrecy to obscure a far more elemental problem with the conduct of US foreign policy: we frequently conduct it through an intelligence apparatus that considers itself immune to the rule of law and unaccountable to the Constitution.

The problem with the CIA et al. is not the intelligence they collect but the operations they conduct. These are—even by the generous terms of legislation written for these purposes, and indulgent court decisions relating to any and all issues of “national security”—criminal. And almost no one appears to care.

To take one example, special prosecutor John Durham recently concluded a three-year Justice Department investigation into whether CIA officers unlawfully destroyed tapes of interrogations (read “torture”) of terrorism suspects. Durham’s report, issued at virtually the moment the statute of limitations on obstruction of justice–related crimes was set to expire, recommended no charges. This despite the fact that, as one ex-official quoted in the Washington Post explained, “To my understanding … there was a standing order from a federal judge that said not to destroy the tapes. That trumps any inside the CIA legal call.”

The above came on top of another recent report—issued by the CIA itself—accusing agents working in Peru of routinely violating the agency’s operating procedures, which led to the accidental murder of an American missionary and her infant daughter, who were shot down by Peruvian forces in 2001 on suspicion of drug smuggling. While the CIA pretended at the time that this was a one-time tragedy, we now know that similar violations occurred in at least thirteen instances. “CIA officers knew of and condoned most of these violations,” the report explained, “fostering an environment of negligence and disregard for procedures.” Its representatives lied to Congress and withheld evidence from investigators to evade responsibility. The punishment? Putting a premium on “moving forward—focused, as always, on conducting strong, effective intelligence operations to keep America safe.” CIA director Leon Panetta chose to issue “administrative penalties” of an unnamed nature to sixteen current and retired officers.

Unpunished criminal activities, up to and including willful accessory to mass murder, accompanied by lies to Congress, the press and the American people, have long been the modus operandi for US intelligence agencies. In the 1980s, liberals were forced to endure accusations of disloyalty and procommunism for pointing out that Reagan administration officials (and their neoconservative apologists) were turning a blind eye to death squad massacres in Central America. In fact, the truth may have been far worse than we commies could have imagined. As one “former high-level intelligence official” explained—as quoted by Seymour Hersh in a now-forgotten January 2005 New Yorker account of US training operations in Iraq—”‘Do you remember the right-wing execution squads in El Salvador?’ the former high-level intelligence official asked me, referring to the military-led gangs that committed atrocities in the early nineteen-eighties. ‘We founded them and we financed them.'”

Yet another recently released official report—this one on US intelligence officials’ “collaboration” with Nazi war criminals in offering them a “safe haven” in the United States—demonstrates that such official lawlessness has been the rule rather than the exception. In 1954, according to the report, the CIA took care of Otto Von Bolschwing, an associate of Adolph Eichmann who worked with him on the earliest aspects of Nazi planning “to purge Germany of the Jews.” Earlier, in 1945, they helped to set up a new life for Arthur Rudolph, who had mercilessly exploited slave labor at the Mittelwerk munitions factory.

In these and countless other cases, the CIA lied to Congress for decades about the degree of its knowledge of the crimes it was covering up. Even now, the full report on the aiding and coddling of Nazi war criminals remains unreleased. (It was leaked to the New York Times.) The parts that the agency did release had blacked-out “court decisions, Congressional testimony and front-page newspaper articles from the 1970s” as too sensitive to share with the American people.

Clearly the culture at the CIA or any other US intelligence agency is not about to change anytime soon, no matter who is elected president. What I find more disturbing is the lack of attention paid to these cases in the media. The reporting is there, but where is the discussion of what it means for us as a nation and what is to be done about it? Indeed, within the punditocracy, you will find far more defenders of official torture than people questioning how it happens in a nation where it is supposed to be against the law. (The Washington Post just added its second torture champion, Commentary‘s Jennifer Rubin, to its stable of pundits, where she will join ex-Bush speechwriter and torture fan Marc Thiessen.)

If you make it to the end of Stieg Larsson’s marvelous Millennium trilogy, you will encounter Swedish public officials confronting the existence of a rogue intelligence agency doing much the same thing as described above, albeit on a far smaller scale. The politicians are furious, the Office of Constitutional Protection swings into action and, after a full and fair airing of the crimes committed, the culprits are jailed and disgraced. I don’t know enough about Sweden to tell you if such a thing would actually be possible there, but, sadly, I can promise you it would never happen here.