Nuremberg-era jurisprudence offers a compelling precedent for imposing sanctions on companies for human rights violations, as in the 'Kiobel' case before the high court. 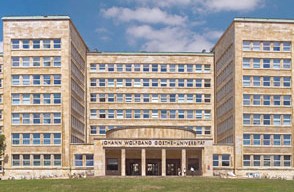 On Feb. 28, in Kiobel v. Royal Dutch Petroleum Co., the U.S. Supreme Court will hear arguments on whether victims of genocide, crimes against humanity and other egregious international human rights violations can hold corporations liable under the Alien Tort Statute. Among the issues that may be considered by the Court are principles relied on more than a half-century ago when German corporations that participated in the Nazi war were held legally accountable for their actions.

German industry was a major participant in the international law violations committed by the Nazi regime. The most notorious, I.G. Farben, was one of the world's largest industrial conglomerates, at the time ranking in size only behind General Motors, Standard Oil and U.S. Steel. A key manufacturer of synthetic oil, rubber, nitrates, drugs, poison gases and rocket fuels, Farben dedicated its enormous productive facilities and concentration of economic power to the Nazi war. As historian Joseph Borkin wrote, "With I.G. and coal Adolf Hitler almost conquered the world."

Farben's involvement in human rights violations included knowingly supplying Zyklon B poison gas to the concentration camps, medical experimentation on Auschwitz prisoners and running a massive industrial complex next to the Auschwitz concentration camp that ruthlessly exploited more than 50,000 inmates, more than half of whom died from hunger, disease or exhaustion.

Other corporations also played key roles in the Nazi war machine. Arms manufacturers enslaved more than 70,000 foreign civilians and 23,000 prisoners in more than 80 different plants, including about 10,000 prisoners from the concentration camps. Banks, along with coal, steel and insurance companies, were deeply involved in the Nazi war of aggression, slave labor and looting property.

After the war, in courtrooms in the four occupation zones, judges from the United States, Britain, France and the Soviet Union applied long-standing principles of customary international law to find German industrialists guilty of the same crimes for which Nazi leaders were convicted.

But what happened to the corporations themselves? During the tribunal proceedings, the prosecutors, judges and the occasional defense lawyer spoke of their role, but the corporate entities themselves were not in the dock. Instead, German corporations were punished under international law, not in the courtrooms of occupied Germany but through other laws applied by the Allied Control Council and related bodies.

The February 1945 Yalta Accord among the United States, the United Kingdom and the Soviet Union instructed the Control Council to "eliminate or control all German industry that could be used for military production." The August 1945 Potsdam Agreement framed two related objectives: the elimination of Germany's war potential and the payment of reparations. The Control Council made clear that corporations fell within its mandate under customary international law: Control Council Law No. 5 identified "persons" as including "any juridical person or entity under public or private law."

On Nov. 30, 1945, the Allies imposed sanctions on I.G. Farben through Control Council Law No. 9, which ordered the dissolution and seizure of all of Farben's assets. This corporate death penalty was issued "in order to insure that Germany will never again threaten her neighbors or the peace of the world and taking into consideration that I.G. Farbenindustrie knowingly and prominently engaged in building up and maintaining the German war potential." Later decrees of the Control Council, its successor, the Allied High Commission, as well as the various zonal authorities, meted out punishment under international law on German arms manufacturers, banks and coal, steel and insurance companies.

More than 60 years later, the question of corporate liability under international law is before the Supreme Court because the U.S. Court of Appeals for the 2d Circuit, in Kiobel v. Royal Dutch Petroleum Co., held that international law principles, including those enunciated by the Allies after the Second World War, do not provide for corporate liability, making corporations immune from civil liability under the Alien Tort Statute.

Four circuits — the D.C., 7th, 9th and 11th — have disagreed, holding that corporations can be sued under the Alien Tort Statute. In a 7th Circuit decision, Judge Richard Posner relied on Nuremberg-era jurisprudence and explained: "At the end of the Second World War the allied powers dissolved German corporations that had assisted the Nazi war effort, along with Nazi government and party organizations — and did so on the authority of customary international law." Judge Judith Rogers of the D.C. Circuit wrote: "[T]he Allies determined that I.G. Farben had committed violations of the law of nations and therefore destroyed it."

International law principles reflected in Allied actions both inside and outside the courtrooms of occupied Germany hold that corporations as well as human beings must be responsible for violations of universally recognized international law norms. Blanket corporate immunity for international law violations was not granted after the Second World War, and none should be provided now.

When the Supreme Court takes up the question of whether modern-day corporate malfeasors can be sued under the Alien Tort Statute, we hope that the justices will keep in mind the legacy of the sanctions imposed on the German corporations that violated international law, and we urge the Court to recognize that human rights victims today have a right to hold accountable corporations that abuse them.

Michael Bazyler is professor of law and The "1939" Club Law Scholar in Holocaust and Human Rights Studies at Chapman University School of Law. Jennifer Green is associate professor and director of the Human Rights Litigation and International Advocacy Clinic at the University of Minnesota Law School. Both are counsel for amici Nuremberg Scholars in Support of Petitioners in Kiobel v. Royal Dutch Petroleum Co.