Did Kagan Cover for Dershowitz’s Plagiarism? 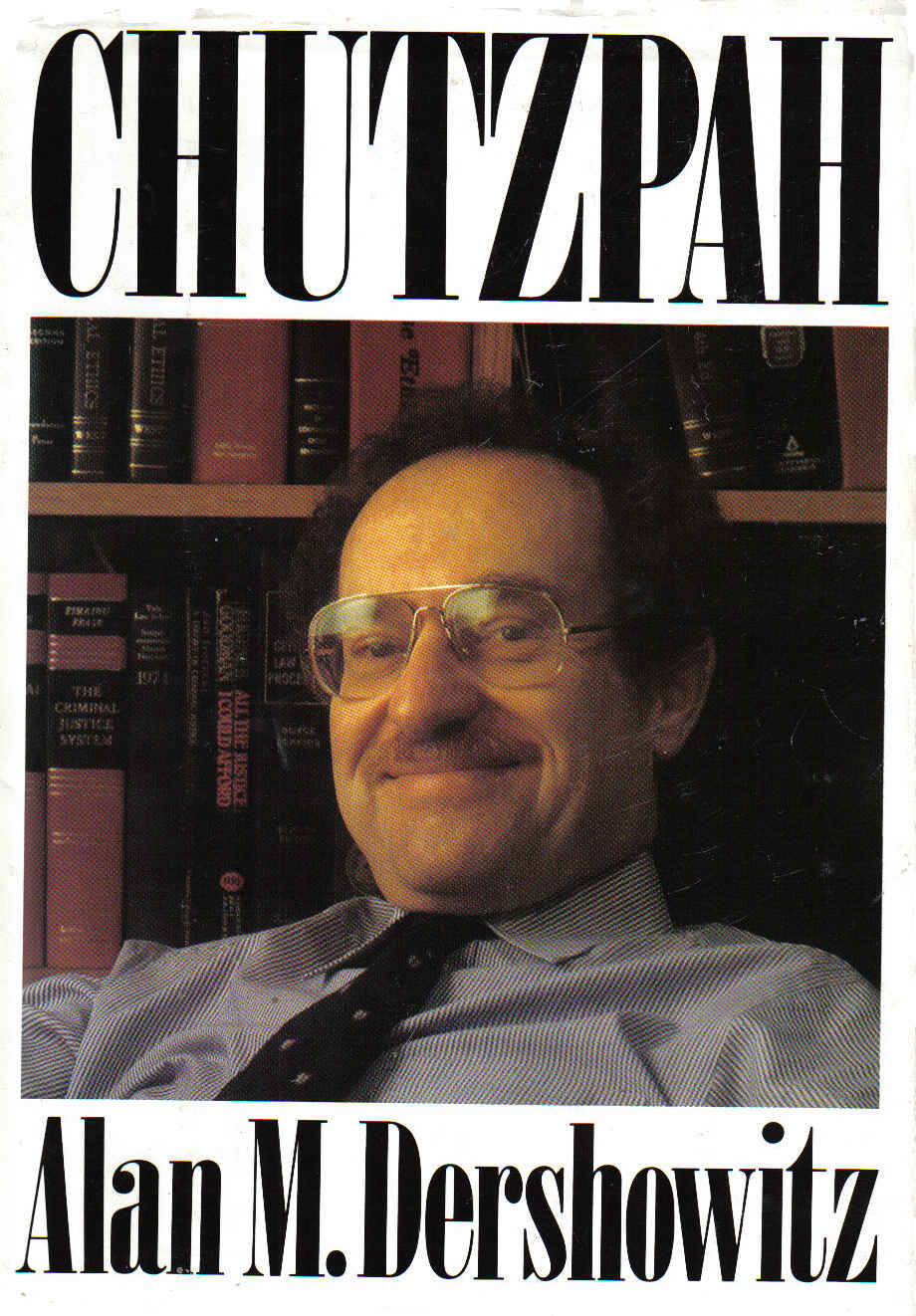 While Supreme Court nominee Elena Kagan has been extensively questioned in her hearings about her tenure as dean of Harvard Law School regarding military recruiters on campus, her role in a controversy involving charges of plagiarism against Harvard Law School Professor Alan Dershowitz (as well as other plagiarism scandals which erupted while she was head of HLS) has been virtually ignored.

On Tuesday, when Sen. Jon Kyl asked about her basic approach to judging, Kagan said: "My deanship was a good example ... the kind of consideration that I've given to different arguments, the kind of fairness that I've shown in making decisions." At 15:20 on YouTube video.

Senate Judiciary Committee Chairman Patrick Leahy said of Kagan that there is "no reason to question her integrity." But some analysts question whether Kagan showed the capacity to rule fairly, which is required of a good judge, in the Dershowitz plagiarism case.

HILTON OBENZINGER
Obenzinger teaches American literature and writing at Stanford University. His books include American Palestine: Melville, Twain and the Holy Land Mania. He said today: "Norman Finkelstein, then at DePaul University, accused Dershowitz in 2003 of plagiarizing from Joan Peters' 1984 book 'From Time Immemorial,' which was recognized as a work of propaganda by many in Israel, but was praised by many backers of Israeli politics in the United States. Finkelstein years ago helped show that Peters' book was scholarly worthless. Peters’ argument is that most of today’s Palestinians did not live there. This is a similar argument as other colonizers, such as the British in North America. As Anthony Lewis titled his New York Times column at the time that dismissed Peters’ argument: 'There Were No Indians.'

"Peters employs Twain (as does Dershowitz) because he is the quintessential American writer, and so his witness, so to speak, is authoritative. While Twain is a great truth teller, he can also be the biggest liar. His words should never be used to justify colonial expropriation -- which is what Peters (and by extension Dershowitz) do -- and in other writing Twain was a sharp critic of colonialism. Dershowitz’s vicious attacks on Finkelstein, and his crude intervention in Finkelstein's tenure case, and the fact that DePaul and Harvard allowed it to happen, is really what’s at issue. And underlying all of Dershowitz’s attacks is his ferocious rejection of any serious criticisms of Israel’s policies. As for the connection with Kagan (and Harvard's then-President Larry Summers), they probably share Dershowitz’s viewpoint. Unfortunately in academia, it's a matter of Dershowitz being more powerful and being politically aligned with powerful people, not Finkelstein being right." Obenzinger's other books include Running Through Fire: How I Survived the Holocaust by Zosia Goldberg as told to Hilton Obenzinger.

FRANK MENETREZ
Menetrez just wrote the piece "Elena Kagan’s Harvard: Golden Age or Reign of Error?" The piece states: "When Elena Kagan was dean of Harvard Law School, her mishandling of a plagiarism case cost an innocent person his job while allowing the plagiarist, Professor Alan Dershowitz, to escape punishment. ...

"In 2003, an untenured professor at DePaul University named Norman Finkelstein accused Dershowitz of plagiarism. Dean Kagan ordered an investigation the following year. The investigation completely cleared Dershowitz, concluding that no plagiarism had occurred.

"Harvard is the nation’s most prestigious institution of higher learning, so its vindication of Dershowitz was widely perceived as definitive. Armed with that vindication, Dershowitz relentlessly attacked Finkelstein in letters to DePaul faculty and every available media outlet. Those attacks would likely have been dismissed as sour grapes if the Kagan-ordered investigation had come out the other way.

"My independent research later revealed, however, that Dershowitz did in fact commit plagiarism and that no honest and competent investigation could have missed it. ... The case against Dershowitz seemed to be supported by powerful evidence. Finkelstein argued that Dershowitz’s book 'The Case for Israel' contained obvious errors that were identical to errors in an earlier book by a different author, so Dershowitz must have just copied that author’s work, errors and all. Finkelstein explained the point in detail in an exchange with Dershowitz that was published in The Harvard Crimson in October 2003.

"I decided to check for myself, and I quickly discovered enough identical errors to prove the plagiarism charge against Dershowitz beyond any reasonable doubt. I looked at one of the passages identified by Finkelstein, a long quotation from Mark Twain, and found that Dershowitz’s version of the quotation and the version in the book Dershowitz was accused of plagiarizing contained 20 identical errors in a mere 21 lines of text. Some of the errors were large (such as the omission of 87 pages of text without an ellipsis) and some were small (such as altered or missing words or punctuation), but the cumulative weight of the evidence was overwhelming. There was no way Dershowitz could have independently generated exactly those 20 errors -- he must have copied them. It was an open-and-shut case.

"So what exactly did the Kagan-commissioned investigation look at? Did it address the identical errors issue? (I put that question to the Harvard Law School administration myself when Kagan was still dean, but they refused to answer.) ...

"Granted, these questions might seem of limited significance for Kagan’s Supreme Court nomination. The answers will not tell us what she thinks about originalism or abortion or the scope of federal executive power. But they are still relevant, because they will shed light on something equally important. In the end, all of us will be forced to assess Kagan on the basis of what we make of her character, because the written record of her judicial philosophy is so sparse."

Background: Menetrez also wrote the piece "Dershowitz v. Finkelstein: Who's Right and Who's Wrong?" -- an updated and expanded version of that piece was published as an epilogue to the paperback version of Norman Finkelstein's book Beyond Chutzpah: On the Misuse of Anti-Semitism and the Abuse of History. The book was published by the University of California Press; while the first edition was being edited, Dershowitz wrote to California Gov. Arnold Schwarzenegger about the publication of the book urging him to "prevent this impending tragedy."

See letter in The Harvard Crimson "Finkelstein Proclaims 'The Glove Does Fit'" from 2003.

At one point in the controversy, Dershowitz claimed that Finkelstein thought his own mother was a Nazi collaborator. Dershowitz posted this to his Harvard web page. Finkelstein objected to this to Kagan to no avail.