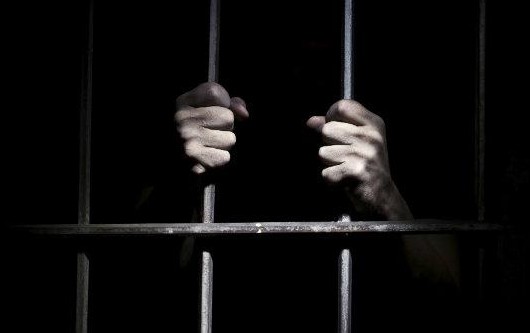 A couple of years ago, I wrote about the ongoing problem of prosecutor misconduct, using Louisiana as the poster state to explain why even egregious misconduct not only isn’t punished but also is often incentivized. The story began with an interview with John Thompson, a man wrongly convicted of two crimes and sentenced to death. Thompson was eventually exonerated, and now runs a non-profit that helps the wrongly convicted reintegrate into society. But Thompson’s name is also on a landmark Supreme Court decision that denied him compensation for his conviction. I bring the piece up because it discusses the macabre culture of death that pervades some prosecutor offices in Louisiana.

Thompson was up against a prosecutorial climate that critics had long claimed valued convictions over all else, one that saw a death sentence as the profession’s brass ring.The New York Times reported in 2003 that prosecutors in Louisiana often threw parties after winning death sentences. They gave one another informal awards for murder convictions, including plaques with hypodermic needles bearing the names of the convicted. In Jefferson Parish, just outside of New Orleans, some wore neckties decorated with images of nooses or the Grim Reaper.

One of Thompson’s prosecutors, Orleans Parrish Assistant District Attorney James Williams, told the Los Angeles Times in 2007, “There was no thrill for me unless there was a chance for the death penalty.”

Williams kept a replica electric chair on his desk. “It was hooked up to a battery, so you’d get a little jolt when you touched it,” recalls Michael Banks, one of Thompson’s attorneys. In 1995, Williams posed with this mini-execution chair in Esquire magazine. On the chair’s headboard, he had affixed the photos of the five men he had sent to death row, including Thompson. Of those five, two would later be exonerated and two more would have their sentences commuted.

Williams is no longer in office. But as James Gill writes in the New Orleans Advocate, the bloodlust persists in other parts of the state.

If it weren’t for Caddo Parish, capital punishment would have been largely phased out in Louisiana by now.

And Caddo largely owes its pre-eminence to just two prosecutors, Dale Cox and Hugo Holland. Of the eight death sentences handed down in the last five years, Cox takes credit for four and Holland for two. Such numbers suggest they approach their grisly duty with relish. Indeed Cox, who is chief assistant district attorney up there, recently said it is a shame that executions aren’t more frequent . . .

“I think we need to kill more people,” he said. He believes “we’re going the wrong way with the death penalty; we need it more than ever, and we’re using it less now.” He and Holland have certainly done their best to keep the executions coming.

Holland is no longer on the DA’s staff in Caddo. He and another assistant, Leah Hall, who was also on the prosecution team in four of the successful capital cases, were fired in 2012 after obtaining a slew of automatic rifles from the Federal Property Assistance Agency to be used in the course of highly hazardous — but imaginary — joint operations with police and sheriff’s departments.

Holland and Hall remain in the prosecution game in various Louisiana jurisdictions. Hall last year pulled a gun on a colleague in the Claiborne Parish DA’s office. Holland is currently under investigation by the state bar’s Disciplinary Board for failing to turn over evidence favorable to David Brown, one of five Angola lifers tried in 2012 for the murder of a guard. Brown’s death sentence was thrown out late last year.

Cox, meanwhile, remains much possessed by death in Caddo Parish and is fond of invoking Scripture when urging juries to show no mercy.

That sort of attitude is particularly frightening given two other factors: The number of exonerations in the state, and the complete lack of accountability for prosecutors who break the rules. As I pointed out in my 2013 article, one of the points Justice Clarence Thomas made in his majority opinion in the Thompson case was that discipline and sanctions from state bar associations are a sufficient deterrent to prosecutor conduct (as opposed to civil or municipal liability). The problem? In both the state and municipality that gave rise to the Thompson case, bad prosecutors have been punished somewhere between barely and never. Perhaps more importantly, this has continued to be the case since the Thompson ruling came down. Longtime defense attorney Sam Dalton decided to test Thomas’s theory in the Thompson case — that state bars were a good way to keep prosecutors in check — by filing complaints with the Louisiana State Bar’s Office Disciplinary Counsel.

Dalton filed eight complaints with the ODC in October 2011. By the following March, he had yet to even hear confirmation that the ODC had received his complaints. He sent another letter. He still received no response. In August of last year, he sent a colleague to the ODC office to at least make sure the complaints had been delivered. She was told that they hadn’t. Dalton’s colleague then produced the name of the ODC staffer who had signed for the FedEx package containing the complaints. At that point, the office conceded that it had in fact received the complaints, but was still researching them, and would notify Dalton by the end of the month. When he had received no response by the middle of September — nearly a year after his initial filing — Dalton sent yet another letter. As of this writing, he still has yet to hear back from the ODC.

I published that article in August 2013. It has now been three-and-a-half years since Dalton filed his complaints. According to my sources, Dalton finally received notice that the office had received the complaints shortly after my article ran. Since then, he hasn’t heard a thing.