GOP vs. The People - The Constantine Report
0 SHARES

GOP Watch » GOP vs. The People

GOP Fighting We The People 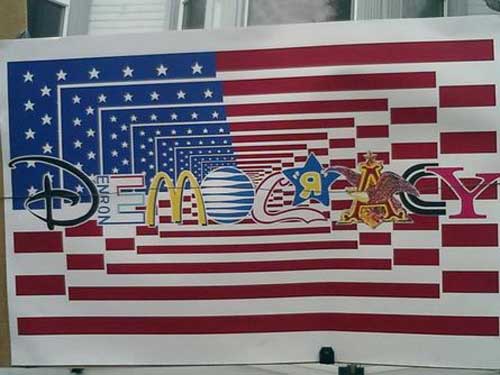 THE RECENT EVENTS in states around the country, specifically Ohio, Michigan, Wisconsin and Florida, represent an aggressive and disingenuous campaign of ideological warfare against the citizens of these states. The Republican Party, it seems, recognizes a brilliant strategy when Rahm Emmanuel comes up with one, “No crisis should be wasted.”

These newly elected Republican governors are brilliantly using the current financial crisis that is actually occurring in these states to fire broadside after broadside at hard-won workers rights protections and to steal the wages, pensions and benefits of the working poor and the middle class.

The right is leaning hard, pulling us back to a time of corporate plutocracy, a new gilded age of power and rule by the overlords of corporate power.

The right is pushing hard right now under the cover of a financial crisis of their own making to implement a wish list of right wing ideology that has nothing to do with budgets and everything to do with the onslaught of autocracy and corporatism.

In Ohio, the unions have been busted and Gov. John Kasich has stolen funding from public services and education while handing corporations in his state serious tax relief. No budget relief there. Michigan will be raising taxes. A prudent move? Look closer. They will be taxing the seniors, the working class, and families with children. They are following the rightist playbook by handing corporations even more lucre from the pubic coffer; no budget relief here.

In Florida, Gov. Rick Scott has “solved” his budget crisis in part by cutting the funding of public education. His “solution” includes handing over this money, stolen from the public coffers, to corporations doing business in his state. Mr. Scott is still faced with a major shortfall in his budget; again, no budget relief here.

The right wing speaks with the assurance of privilege when they quote the “insane commentary” from the “kook left.” These words could just as easily be turned around on the “kook right.”

This strange and upside down bit of logic is but one example: “The left is enraged that taxpayers are finally fighting back against the Democrat-union axis of power.” The taxpayers are indeed enraged at the corporate tax dodgers who will benefit from their “bought-and-paid-for” nation-wide strategy of Public Theft as they systematically go about smashing unions, killing public education and railing against the prosperity of the middle class.

The folks responsible for the fiscal crisis in Wisconsin and across the country are the ones sitting in the seats of power. Who still believes that the rightists, corporatists and the Republican rulers of Florida, Wisconsin, Michigan and Ohio are helpless victims of the “Democrat-union” juggernaut?

Finally this: “So, too, is political power that the entrenched special interests in this country have held for far too long.” We the people get to choose which special interests hold our future. It could be those community organizations that serve the needs of the people. It could be the government organizations in which we all have a voice and where we all have the right to agree or disagree on what we need to do together as a nation. Or it could be the Koch Brothers, the great oil companies, corporate sponsored astroturf organizations like Americans for Progress or FreedomWorks, or even that most special interest of all, the Murdoch media empire, where none of us have a voice and only the desires of the wealthy are of concern.

We the people get to choose.