Climate Negotiators are Like Nazis, Says this Friendly, Industry-Funded Group 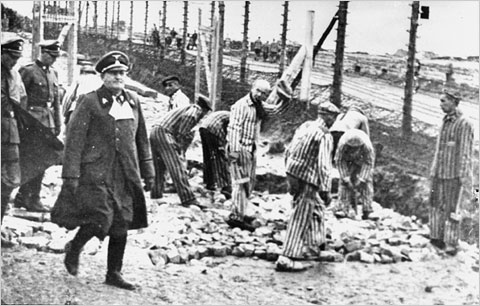 Also see: Climate denying group compares U.N. talks to the Holocaust – ” …  Even for a group with a long history of doing everything possible to counteract the efforts of environmentalists, this is a new low. … “

Meet the Committee for a Constructive Tomorrow. There must have been some kind of mix-up when the group’s name was registered — it’s not actually a committee for a constructive tomorrow. It’s a $3 million-a-year climate-denying group funded by the likes of ExxonMobil to try to convince the world that climate change is no big deal. (Its latest “special report” extols the virtues of pumping more carbon dioxide, a.k.a. “the gas of life,” into the atmosphere.)

So, that’s a bit confusing.

Anyway, to help you to get to know this 28-year-old Washington, D.C.-based group a little bit better, here are some excerpts from a fundraising email signed by its President David Rothbard while United Nations climate talks were underway in Warsaw, Poland:

I had the unbelievably sober experience of visiting the concentration camps of Auschwitz and Birkenau and seeing places where human brutality and oppression showed their most horrible face. …

[S]uch examples from history are instructive to show just how far otherwise-civilized people can descend when they are gripped by false ideologies and twisted utopian ambitions.

They reveal the loss of freedom, taken to its ugliest level.

Right now, the UN is attempting to carry out what its climate chief last year termed “a complete economic transformation of the world.”

That’s why CFACT needs your help right away as we finish out the last days of this conference.

To be fair, Rothbard did write that there “simply is no parallel” to the horrors of the Nazi concentration camps — right before drawing a parallel between the U.N. and the Nazis.

So, that’s what CFACT is all about. Aren’t you glad we introduced you?