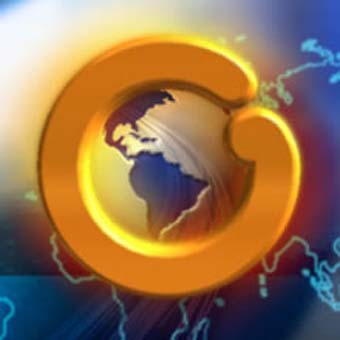 Mérida, November 22nd 2010 (Venezuelanalysis.com) – On Saturday, Venezuelan President Hugo Chávez denounced plans by opposition forces to offer US$100 million to assassinate him. He said fugitive media mogul Guillermo Zuloaga was partly responsible for the plot, and that Zuloaga’s television station, Globovision, could face government intervention as a result.

“They are collecting money to pay someone to kill me,” said Chávez on Saturday. “As I understand it, from very trustworthy information, they say they have US$100 million to give to the person who kills me.”

According to Chávez, “He [Guillermo Zuloaga] is one of the fundraisers, and he’s the owner of a television station [Globovision] that is transmitting right now in Venezuela. He is going around conspiring against the government, and they’re all collecting money to pay the person to kill me.”

Guillermo Zuloaga, president and majority shareholder of opposition television channel Globovision, fled to the United States last June after Venezuela’s Attorney General filed an arrest warrant against him. He is wanted in Venezuela on charges of money laundering and illegal speculation of consumer goods (hoarding new vehicles at his Caracas residence presumably to sell at inflated prices).

According to Chávez, Zuloaga could also face treason charges for comments made in Washington, D.C. last week during a meeting titled “Danger in the Andes: Threats to Democracy, Human Rights and Inter-American Security.”

Speaking to reporters outside of the U.S. Congressional Visitors Center on Wednesday, Zuloaga affirmed his belief that Chávez’s Venezuela is a “threat to the United States.”

“[Venezuela] is a threat because of President Chávez’s attitude,” said Zuloaga. “He has declared himself anti-United States… and he is definitely strengthening ties with Iran, a country that has used Venezuela to set up banks from which it can access monetary resources.”

According to Chavez, Zuloaga’s comments amount to “asking for the [U.S.] empire to intervene in the country [Venezuela], which could constitute the crime known as treason.”

As reported by Correo del Orinoco International, the discussions held at last week’s meeting centered on the ways the governments of Venezuela, Ecuador, Bolivia, and Nicaragua constitute “a threat U.S. interests and inter-American security,” and how the U.S. should respond to these governments’ support for “hostile actors such as Iran, foreign and domestic terrorist groups, and narcotics traffickers.”

U.S. Congressman Connie Mack, who attended the meeting, affirmed that the now Republican-dominated U.S. House of Representatives would take a harder line against the Venezuelan government. “I don’t see how the United States can continue saying we fight for freedom and democracy in the world if we don’t face Chávez head-on,” said Mack.

President Chavez also said that his administration may decide to intervene in Globovision if the channel is found to be involved in subversive activity.

“I don’t care what they say about me,” said Chávez. “But how is it there’s a television channel here whose owner is a fugitive of justice, and not only is he a fugitive, but he has the nerve to go… rail against his country, against this government, against this president?”

Speaking to tens of thousands of students at a Caracas rally on Sunday, Chávez reiterated his demand that Venezuela’s Attorney General, Supreme Court and Vice-President take action and speed up a pending criminal case against Globovision’s president.

“This gentleman [Zuloaga] should come here and show his face,” said Chávez. “Instead he is in Washington asking the U.S. to intervene in Venezuela… this situation cannot continue like this.”

Responding to calls by marchers for Globovision’s immediate nationalization, Chávez called on his supporters to stay alert. If the decision is made to nationalize Zuloaga’s assets, Chávez said, “the bourgeoisie will try to light up the streets – and in the streets of Caracas, the streets of Venezuela, they’ll find us!”

Chávez affirmed that the opposition “will keep playing with the idea of destabilizing the country,” stating that Venezuela’s youth will “decide if this soldier [Chávez] stays at the forefront of the revolution or if the bourgeoisie will take the people’s dreams into ruin.”

Globovision is a privately-owned station that broadcasts on a public concession and regularly emits news and political commentary against the Chavez government, including calls to overthrow the government and insinuated threats to assassinate the president. The station also aided the botched attempt to overthrow the democratically-elected president in April 2002 by manipulating images in order to justify the military coup.

Nelson Mezerhane, the former owner of the nation’s third largest bank, Banco Federal, and a close political ally of Globovisión, is a suspect in the 2004 car bomb murder of Danilo Anderson, a national prosecutor who was investigating opposition leaders suspected of involvement in the April 2002 coup. Last June, the government took custody of Banco Federal after discovering the bank was guilty of banking law infractions, and Mezerhane fled to the U.S. to avoid prosecution.

Earlier this month, the Inter-American Press Association (IAPA) – considered the “umbrella organization” for media owners and editors in the Americas – condemned the Venezuelan government’s legal proceedings against Globovision’s Zuloaga and Mezerhane.

Wow,Connie Mack a nazi, eerrr republican in congress says of a freely elected center-left president, that somehow he is a dictator because he acts against other nazis in venezuala who want to steal all the business proceeds and go back to the fascist dark ages, under the guise of fighting for freedom and democracy?!! What? Gawd these people are nuts. Shades of Pinochet in chile, somozoa in nicaragua. . . Gawd, they are shameless. And the IAPA is a CIA front, so forget about accurate journalism there; they just make up the stories now. . .