There are some sickos out there, and not the Central American children

Once, it was considered ugly and bigoted to call foreigners dirty or diseased. No more. Bolstered by the border-hawk vitriol of Republican blowtorch Dan Patrick, some Texans suddenly find it easy to call trafficked Central American children hateful names.

Their arrival in South Texas has triggered only one epidemic, and that’s a statewide outbreak of Hispanophobia.

Regardless how you feel about their status as immigrants — some are legally human trafficking victims or refugees under federal laws passed during George W. Bush’s presidency, others are not — there is no excuse for portraying them as broadly contagious, or making them scapegoats for Texans’ own mule-headed rejection of vaccinations.

In one vicious email, the McKinney-based North Texas Tea Party warned of “epidemics across the country,” as if only Central American children get sick, even though some come from countries with better immunization rates than Arkansas or Oklahoma.

Patrick, who has ridden immigrant-bashing from talk radio to the Texas Senate and his party’s nomination for lieutenant governor, issued a statement decrying the “potential for disease” and then quoting a U.S. Border Patrol union mouthpiece reporting children found with chickenpox, staph and viruses.

So only Central American children have chickenpox or lice?

Other fearmongers quote dire disease claims by a book-peddling Arizona doctor featured on conservative media. (I won’t name her. She’s not an infectious disease specialist; she’s a psychiatrist.)

He’s worried about the humanitarian crisis of unescorted children and also the threat from violent offenders among them.

But he wrote by email that no contagious disease has been confirmed, although he added “I would not be a bit surprised” if some children might be sick: “Which also points to how important it is all children be fully immunized.”

The president of the Austin-based Texas Pediatric Society, Dr. Mark A. Ward of Houston, concurred and added by email: “There is no confirmed information to suggest that these children pose a public health threat.”

At Catholic Charities in Fort Worth, President/CEO Heather Reynolds said the 200 children sheltered here as trafficking victims under federal law and sent on to families had no problems but lice.

“The kids we have cared for have been healthy,” she said in a forwarded note.

The North Texas Tea Party hate mail referred to a whooping-cough outbreak in California. But that’s in suburban enclaves where some families refuse vaccinations.

Patrick has blamed illegal immigrants before for bringing “Third World diseases,” naming tuberculosis. That’s generally more prevalent among any foreigners, but more from Mexico or Asia than Central America.

He also has accused border crossers of bringing leprosy, malaria and polio, none supported by even the slightest fact.

They’re not the ones who are sick.

http://www.star-telegram.com/2014/06/21/5918000/there-are-some-sickos-out-there.html#storylink=cpy
Previous Article
ISIS Terrorists Trained by the US in 2012
Next Article
Sonny Liston: Murdered by the Mafia? 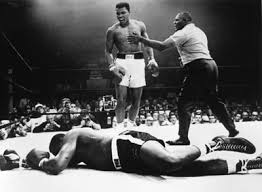