” … Boiled down, the private industry that so many on the right insist will properly manage health care just effectively admitted to ripping off Americans and simultaneously selling them contaminated products. … “ 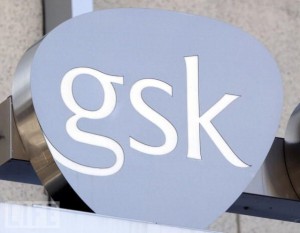 The company will pay $600 million in civil fines and $150 million in criminal fines, the U.S. Justice Department said in a statement Tuesday. As part of the settlement, Cheryl Eckard, a former employee, will receive $96 million. Eckard alleged that GlaxoSmithKline fired her instead of addressing the issues cited in the lawsuit.

The charges stem from allegedly adulterated drugs GlaxoSmithKline made at its Puerto Rico plant between 2001 and 2005. The company’s antidepressant drug, Paxil, was allegedly found to have been made without any controlled-release mechanism, while anti-nausea medication Kytril and anti-infection ointment Bactroban may have been contaminated with microorganisms, according to the Justice Department.

“Adulterated drugs undermine the integrity of the FDA’s approval process, can introduce substandard or ineffective drugs on to the market and, in the worst cases, can potentially put patients’ health at risk,” said Tony West, assistant attorney general for the Justice Department’s civil division, in Tuesday’s statement.

“We regret that we operated the Cidra facility in a manner that was inconsistent with current Good Manufacturing Practice requirements and with GSK’s commitment to manufacturing quality,” said PD Villarreal, GlaxoSmithKline’s head of global litigation, in a separate statement Tuesday.

The company in July said it would take a $750 million charge to second-quarter earnings related to the settlement finalized today. In all, GlaxoSmithKline said it would record legal charges of more than $2 billion during the quarter largely because of lawsuits
related to its Avandia diabetes medication. That product was alleged to have caused heart attacks and strokes.

” … Cheryl Eckard, quality manager for the company, claimed she warned Glaxo of the problems with Avandia, Bactroban, Coreg, Paxil and Tagament.  But rather than address her concerns and work toward making those products safe, they fired her.  The problems all apparently stem from the manufacturing process plant located in Puerto Rico. The settlement was announced by both the Department of Justice’s Civil Division and the United States attorney for Massachusetts.  Their coordinated prosecution alleged the drug maker misled patients and defrauded federal and state governments that through Medicare and Medicaid, pay for much of health care. Boiled down, the private industry that so many on the right insist will properly manage health care just effectively admitted to ripping off Americans and simultaneously selling them contaminated products.  And it was the government that stepped in and forced the abuse to light.  Making these kinds of protections less available to the American public is part and parcel of the Republican platform and for some reason people buy it. … ”