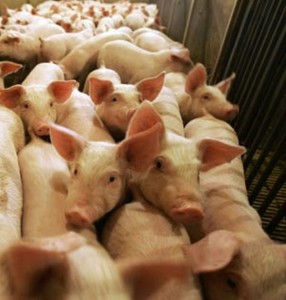 Those who suspected a money- and greed-driven conspiracy behind the 2009 swine flu outbreak – declared a pandemic by overzealous WHO officials and their advisers from within the industry – are being proven right by recent revelations in Der Spiegel. The article “Reconstruction of a Mass Hysteria – The Swine Flu Panic of 2009″ in Spiegel Online of March 12 will hopefully not be the last one to show that the so-called pandemic of 2009 was engineered, but it does provide ample information to show that the so-called ‘conspiracy theorists’ were far from being nutty or plain crazy. Instead, so it emerges now, they had their finger right on the pulse of what had been happening. The article in Germany’s foremost investigative magazine is long and rather exhaustive in its reconstruction of events, and the following excerpt clearly spells out what is becoming public knowledge, and what may serve as a guide to real evidence when a multitude of individuals and nations will soon take the companies and individuals to court:

“The pharmaceutical industry did not influence any of our decisions,” says Fukuda. But in mid-May, about three weeks before the swine flu was declared a pandemic, 30 senior representatives of pharmaceutical companies met with WHO Director-General Chan and United Nations Secretary General Ban Ki Moon at WHO headquarters. The official reason for the meeting was to discuss ways to ensure that developing countries would be provided with pandemic vaccine. But at this point in time the vaccine industry was mainly interested in one question: the decision to declare phase 6. Everything hung on this decision. At stake was nothing less than a move to supply large segments of the world’s population with flu vaccine. Phase 6 acted as a switch that would allow bells on the industry’s cash registers to ring, risk-free. That’s because many pandemic vaccine contracts had already been signed. Germany, for example, signed an agreement with the British firm GlaxoSmithKline (GSK) in 2007 to buy its pandemic vaccine — as soon as phase 6 was declared. This agreement could explain why Professor Roy Anderson, one key scientific advisor to the British government, declared the swine flu a pandemic on May 1. What he neglected to say was that GSK was paying him an annual salary of more than €130,000 ($177,000).

This answers some of the questions and emerging suspicions earlier reported by Digital Journal, in several articles that can be found here, here and here. Following the various leads and leaks now provided to the public, and the public prosecutors in various countries, other investigations by other media will surely follow soon. Another interesting fact is, for example, that certain pharmaceutical companies had made deals and signed agreements with governments already in 2007, way before the swine flu broke out, contracts that stipulated that when and if a pandemic would be declared, those government would become multi-million buyers of the respective vaccines. The Spiegel article ends by discussing the brave example of the Polish health minister, the 53-year-old physician Ewa Kopacz who was one of the few politicians who apparently saw through the scam and declined to be part of it. Other political leaders, left, right or middle, should have followed her lead. The article says:

When she stepped up to the podium in the Polish parliament, the Sejm, during its vaccine debate, she wore a bright-red dress — her combat gear. “As a doctor, my first obligation is to harm no one,” she said. For this reason, she added, Poland was not going to follow in the rest of Europe’s footsteps. “We will not purchase any vaccine against the swine flu,” Kopacz told the Sejm. Politicians grumbled, but the health minister stood her ground. “Is it my duty to sign agreements that are in the interest of Poles, or in the interest of the pharmaceutical companies?” she asked. Today, Europe can admire her steadfastness. About 170 people died of the swine flu in Poland, a much lower number than the annual death toll attributable to the seasonal flu.