“… A new research paper in the Journal of the American Medical Association (JAMA) found that nearly 40% of drugmakers–and nearly every U.S. pharma company–boasted at least one board member who also held a leadership position at a U.S. academic medical center, including med school deans, CEOs, department chairs and university presidents. …”

Much has been made recently over the potential conflicts of interest that arise when doctors take speaking fees from pharma companies. But as a new report suggests, some companies are shelling out a whole lot more to keep medical school and hospital leaders on their boards–where conflicts-of-interest could be much further-reaching.

As The Wall Street Journal reports, a new research paper in the Journal of the American Medical Association (JAMA) found that nearly 40% of drugmakers–and nearly every U.S. pharma company–boasted at least one board member who also held a leadership position at a U.S. academic medical center, including med school deans, CEOs, department chairs and university presidents.

Serving in both roles at the same time creates fertile ground for conflict, the study’s authors contend. Those academic medical leaders “wield considerable influence over research, clinical and educational missions,” and are simultaneously tasked with guiding a company toward financial success.

“There are a number of decisions these individuals may make about where resources are placed, the policies and regulations, what is taught, that are critical,” co-author and assistant professor of medicine Walid Gellad told the Journal.

And those individuals are well paid for their pharma-board input. Their average compensation in 2012? $312,564.

“I don’t know how they can manage a conflict like that,” medical conflict-of-interest expert Susan Chimonas told the Milwaukee Journal-Sentinel. “My gosh, there is so much money they are making for a little side job.”

For their part, drugmakers contend the relationships are a) not conflicts of interest, and b) necessary. These top medical school officials offer expertise that isn’t available elsewhere, they say. Their “knowledge of the crucial role of research in drug discovery and development, and deep understanding of science and medicine are invaluable in our quest to deliver innovative therapies to patients,” a Pfizer ($PFE) spokeswoman told the WSJ.

While the JAMA paper did not list specific individuals who served in the dual roles, the Milwaukee newspaper did some digging to ID some of Big Pharma’s board members and uncover their compensation. Some of the country’s most prominent academic medical centers are doing double-duty, they found.

Those include Yale School of Medicine Dean Robert Alpern, who collected $259,000 in 2013 from sitting on Abbott Laboratories’ ($ABT) board. University of Michigan President Mary Sue Coleman picked up $276,000 in 2013 compensation from Johnson & Johnson ($JNJ)–not to mention her beneficial ownership of 34,465 shares, worth nearly $3.4 million at the current share price. Neither participates in company decisions that could put them in compromising positions, spokeswomen from both pharmas told the Sentinel.

The findings come at a time when the government, drugmakers and public citizens alike are keeping a closer eye on payments made to physicians. The U.S. Physician Payment Sunshine Act mandates that drugmakers disclose their financial relationships with physicians on the way to greater transparency. And recently, as part of its marketing reformation, pharma giant GlaxoSmithKline ($GSK) declared it would quit paying doctors to speak on behalf of its products, instead adding physicians to its in-house marketing staff.

But physician payments are just the tip of the iceberg, Gellad insists. “If a pen or a $150 dinner presents a conflict for a doctor, what does it mean if you get $300,000?” he asked the Sentinel. 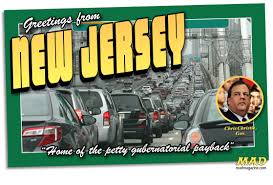