George Steinbrenner was an FBI Informant

” … According to government files released yesterday Steinbrenner actively worked with the FBI on national security cases in an attempt to improve his chances of getting a pardon for illegal campaign contributions to Richard Nixon’s re-election campaign. … “ 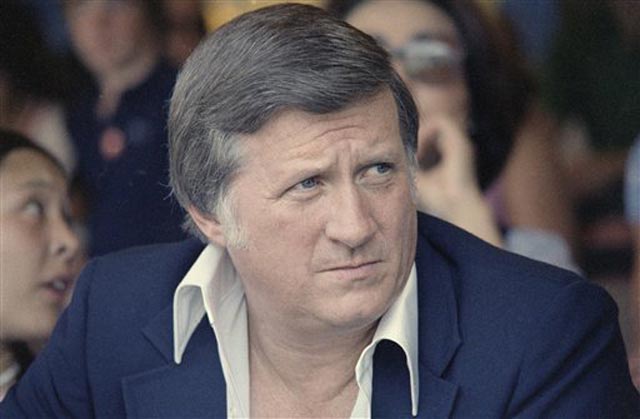 We’d never have guessed this man, seen here in 1977, was an FBI informant (AP)

We knew George Steinbrenner was a character, but who knew he was an FBI informant too? And yet that appears to be exactly what the late Boss was. According to government files released yesterday Steinbrenner actively worked with the FBI on national security cases in an attempt to improve his chances of getting a pardon for illegal campaign contributions to Richard Nixon’s re-election campaign.

In 1974 Steinbrenner pled guilty to illegally funneling $25,000 into the Nixon campaign and for his trouble was fined $15,000 and suspended from baseball for 15 months (he did, at least, avoid jail time). Starting in about 1976 Steinbrenner began helping the FBI.

The details of Steinbrenner’s actions have mostly been redacted from the released files but it is clear that Steinbrenner agreed to help “without hesitation” during a three-year investigation starting in 1976. In 1981 he also “materially assisted” the FBI in an undercover operation that, according to an undercover agent “could not have been accomplished” without his “get involved approach.”

In 1978 the Boss also was involved in another investigation, to which Steinbrenner’s lawyer referred in a pardon petition, writing: “Mr. Steinbrenner knows that he placed the lives of his family and himself in jeopardy through being involved in a terrorist matter. He knows he made the right decision because the agents stated this information was very valuable to the United States.”

Though the details of what exactly Steinbrenner did are vague, one assumes from the non-redacted text that he actually did do something. Not least because Ronald Reagan pardoned him in 1988. And now if you’ll excuse us, we’re going to sit back and ponder all of the awesome things Larry David and the Seinfeld crew could have done with this info had they only known…