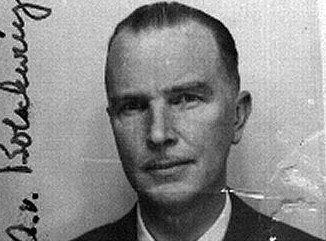 According to government records that have been recently disclosed and varied interviews, it appears that in the years subsequent to World War II, the CIA, the FBI and other US agencies solicited the help of at least 1000 Nazis, many of whom had war criminal records as spies during the Cold War. In an article published by the New York Times, it was revealed that as recently as the 1990s, these agencies buried the fact that the government had ties to some still living in America.

Records that have now been declassified show that officials such as J. Edgar Hoover of the Federal Bureau of Investigation (FBI) and Allen Dulles of the Central Intelligence Agency (CIA) tenaciously recruited former Nazis “of all ranks as secret, anti-Soviet “assets” during the apex of the Cold War during the 1950s, according to the NY Times.

The leaders of the government agencies held the belief that the “intelligence value” that these former Nazis had against the seemingly intractable US nemesis known as the USSR “outweighed what one official called “moral lapses” in their service to the Third Reich,” according to the Times.

Offering an example of such practices, the Times noted that one former SS officer who was hired by the intelligence agency as a reconnaissance agent in the 1950s was guilty of “war crimes” as concluded by the agency itself after an investigation.

Despite the fact that concrete evidence of the government’s connection to Nazi spies came to the fore in a public manner during the 1970s, recently disclosed information reveals that aggressive government recruitment of Nazis was far more significant and pervasive than had been previously known.  The report also indicated that officials did everything in their power to “conceal those ties for at least a half-century after the war,” according to the Times report.

Records that are now declassified, along with interviews with a multitude of current and former government officials and requests made via the Freedom of Information Act are the predicate for the report issued by the Times.

When questioned about this by the Nazi hunters of Justice Department in 1980, FBI officials refused to reveal any information about 16 suspected Nazis living in the United States. The Times reported that memos show that the FBI displayed resistance to a prosecutorial request for records from the bureau on the Nazis in question,  “because the 16 men had all worked as F.B.I. informants, providing leads on Communist “sympathizers.” At the time, five of the men were still active informants, according to the Times.

Another bureau memo focused on the perceived need for “protecting the confidentiality of such sources of information to the fullest possible extent.”

The Times also reported that in 1994 prosecutors were pressured to close an investigation into the role of an ex-Nazi spy from the Boston area who had been implicated in a massacre of tens of thousands of Jews in Lithuania by a CIA attorney, according to statements made by a government official.

Some spies for the United States had worked at the highest levels for the Nazis, according to the Times.

Otto von Bolschwing, an SS officer who had been a top aide to Adolf Eichmann, an architect of the “Final Solution” was one such US spy.  Subsequent to the conclusion of World War II, the CIA had dispatched him to Europe to for spy duty, but records indicate that he and his family were relocated to New York City in 1954. The agency justified this move as “a reward for his loyal postwar service and in view of the innocuousness of his [Nazi] party activities,” according to their own admission.

Yet after the war, the C.I.A. not only hired him as a spy in Europe, but relocated him and his family to New York City in 1954, records show. The move was seen as a “a reward for his loyal postwar service and in view of the innocuousness of his [Nazi] party activities,” the agency wrote.

Gus von Bolschwing, 75, the son of the SS officer said that his father’s relationship with the CIA was mutually beneficial because of the threats that loomed because of the Cold War.

In an interview, he said:  “They used him, and he used them. It shouldn’t have happened. He never should have been admitted to the United States. It wasn’t consistent with our values as a country.”

Memos show that von Bolschwing sought the help of the CIA in 1960, when Israeli Mossad agents had discovered that Eichmann had been living in Argentina since the war’s end in fear that they might come after him.  Records indicate that the CIA was worried about information that could possibly surface about  von Bolschwing being linked to Eichmann as a “collaborator and fellow conspirator and that the resulting publicity may prove embarrassing to the U.S,” according to an agency official.

In 1961, the agency told von Bolschwing that they would provide protection and not disclose his ties to Eichmann, according to records that have been revealed.  He lived in freedom for the next 20 years before being discovered for his role in wartime by federal prosecutors. In 1981, he agreed to forfeit his US citizenship and died months later.

According to Richard Breitman, a Holocaust historian at American University, the American military, the C.I.A., the F.B.I. and other agencies used at least 1,000 ex-Nazis and collaborators as spies and informants after the war. Breitman was on a government-appointed team that declassified war-crime records.

Norman Goda, a historian from the University of Florida who was also on the declassification team said that “many records remain classified even today, making a complete count impossible,” according to the Times.

“U.S. agencies directly or indirectly hired numerous ex-Nazi police officials and East European collaborators who were manifestly guilty of war crimes,” he said. “Information was readily available that these were compromised men.”

Previous Article
Georgia GOP Official Accused of Attempted Rape after Crime is Broadcast Live on Skype
Next Article
Phyllis Schlafly: Obama Allowing Ebola into US So We can be More Like Africa