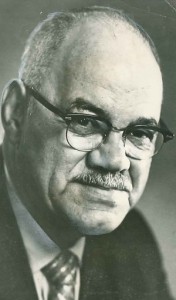 Local civil rights activist Alvin Sykes said he expects the Kansas City Police Department to do a “complete and credible investigation” into the 40-year-old murder of Leon Jordan.

Sykes and other community leaders spoke at a press conference Thursday, saying they welcomed the department’s cold case probe into the unsolved murder of Jordan, a black politician and civil rights activist killed in 1970. Police recently located fingerprints, the murder weapon and other evidence in the case and say they will analyze it using modern techniques.

Police board member Alvin Brooks also spoke Thursday in front of a statute of Jordan at 31st Street and Benton Boulevard and said Sykes should be “congratulated and thanked for his persistence” in getting the case reopened.

But Brooks said that in some ways it is a “bittersweet” victory because some people are worried that solving the case could unearth information embarrassing to Jordan’s memory. Sykes said the people responsible for the killing should “find a lawyer and contact the prosecutor” instead of waiting for police to knock on their door. http://www.kansascity.com/2010/07/29/2116934/civil-rights-activist-welcomes.html 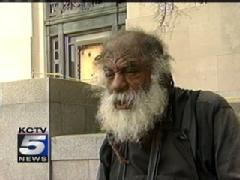 KANSAS CITY, Mo. -- As Kansas City police relaunch their investigation into the 40-year-old slaying of a black political leader, a one-time key suspect in the case who is now in his mid-70s and homeless said he remembers every minute of his ordeal.

Miller has had a long, tough life. He now lives on the streets of Kansas City, Mo., where he panhandles for change. He said he has spent more than a decade in prison for various offenses.

Admittedly, his mind wasn't as clear as it once was, but he said there is a 10-day span from July 1970 that he remembers like it was yesterday.

It was early in the morning, just two days after civil rights activist and local politician Leon Jordan was gunned down outside his Kansas City tavern at 25th Street and Prospect Avenue. Miller said he lived just a few blocks away from the crime scene. Miller said police surrounded his house and told him he was being arrested for first-degree murder.

"Who am I supposed to have killed?" he said. "Leon Jordan. Leon Jordan? I said, 'You are XX*# fool.' I was transferred downtown to the police station sitting between two FBI agents. His murder extended all the way to Washington, D.C."

For 10 days, Miller and a man named Reginald Watson sat in jail. While City leaders and Jordan's widow insisted the arrests were politically motivated -- a publicity stunt -- and eventually the charges were dropped against both men.

"In 40 years they didn't come up with nothing," Miller said.

Now that police have announced they are reopening the Jordan case, Miller wonders if the killers will finally be caught.

Miller would not say if he had any idea who might have pulled the trigger.

Police said they plan to re-interview as many people as possible who were involved in the original investigation.