A Florida medical examiner’s office said Tuesday that the FBI has ordered the office not to release its autopsy report of a Chechen man fatally shot by a Boston FBI agent in May because of the federal agency’s active internal investigation into his death.

The medical examiner’s office said it completed the autopsy report on Ibragim Todashev, a friend of suspected Boston Marathon bomber, on July 8 and that the report was “ready for release.” The agent shot and killed Todashev on May 22 in his Orlando apartment during an interrogation related to the Boston Marathon bombings.

“The FBI has informed this office that the case is still under active investigation and thus not to release the document,” Tony Miranda, forensic records coordinator for Orange and Osceola counties in Orlando, said in a letter to the media today. Miranda said state law bars his  office from releasing the report if an criminal investigation is ongoing.

The FBI and the Justice Department are conducting an internal inquiry into the shooting, but critics have called for an independent inquiry, questioning the blanket of secrecy surrounding the case.

The FBI and the Massachusetts State Police sought out Todashev after the Marathon bombings, but have refused to release details of the shooting. Media reports have provided conflicting accounts: Some said Todashev attacked the agent with a blade during an interrogation, while others said Todashev was unarmed. Another said he lunged at the agent with a metal pole or a broomstick.

The medical examiner’s office said it would check with the FBI every month for permission to release the autopsy report, and that such delays most frequently happen with homicide cases.

According to media reports, Todashev was about to sign a confession implicating himself and Tamerlan Tsarnaev, who is now dead, in the 2011 slayings of three men in Waltham. Instead, Todashev lunged at the agent, who was injured, according to reports. The agent shot Todashev multiple times, according to family members who released photos of Todashev’s dead body as part of their call for an inquiry into his death.

Family members and advocacy groups have questioned the media accounts, pointing out that Todashev had repeatedly cooperated with the FBI and had been weakened by recent knee surgery.

The Council on American-Islamic Relations and the ACLU have called for independent inquiries into the shooting.

The council said in a letter to the Department of Justice, which oversees the FBI and is participating in the internal inquiry, that FBI agents had approached Todashev in an aggressive manner. In one instance, the council said, six law enforcement agents drew their guns and pushed Todashev to the ground.

Todashev, a 27-year-old ethnic Chechen like Tsarnaev, came to America in 2008 to study English and won asylum that year from his native Russia. He lived in Allston and Cambridge before moving south to Florida.

A mixed martial arts fighter, Todashev was arrested in 2010 in Boston for a road-rage incident and again in Florida weeks before he was killed for allegedly beating a man in a fight over a parking space.

According to CAIR in Florida, which is conducting its own investigation into Todashev’s slaying, Todashev had spoken to the FBI at least three times at their offices after the Marathon bombings. Family and friends have said he postponed a trip home to Chechnya to speak with the FBI the night of May 21, staying up with them past midnight until he was killed. 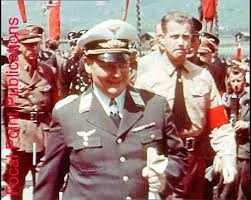 Crime and Medicine in “The Nazi and the Psychiatrist”
Jul 24