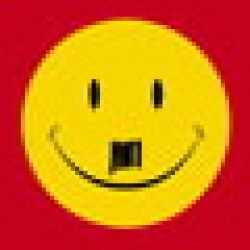 A December 8, 2007 Freedom of Information Act request of the Federal Bureau of Investigation, seeking the release of all data contained by the Solid State Flight Data Recorders recovered from the crash scenes of American Airlines flight 77 and United Airlines flight 93, has been denied. The data sought, would presumably confirm the commercial flight histories and thus the federal registry identifications of N644AA (AA 77) and N591UA (UA 93), already provided by the Bureau of Transportation Statistics, obtained by a December 28, 2007 FOIA release. (See BTS release letter)

The FDR data requested of the FBI, was that which would presumably reveal the identity of flights occurring just before the final 9/11 flights (presumably matching flight history data provided by the BTS, for the said aircraft), carried out by N644AA (AA 77) and N591UA (UA 93), 2 of the 4 federally registered aircraft reportedly used to carry out the terrorist attacks of September 11, 2001. An appeal indicating that the requested records are unrelated to the events of September 11, 2001 and thus cannot interfere with 9/11 enforcement proceedings (indicated in refusal notice), is pending...