Former Head of CIA bin Laden Unit Wants Him to Nuke Us! 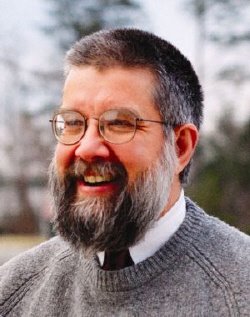 "Former" CIA asset and TV celebrity Michael Scheuer: "The only chance we have as a country right now is for Osama Bin Ladin to deploy and detonate a major weapon in the United States ... " Scheuer has been lionized by millionaire (limosine) "liberal" Amy Goodman.

Michael Scheuer, the former head of the CIA station dedicated to capturing bin Laden, wants his erstwhile quarry to nuke us.

On NPR a while ago, he restricted his madness to opining that Obama had done a terrible thing by releasing the OLC memos on torture and that he personally had seen evidence that torture worked. He sounded like he was not quite himself then - I was puzzled, because he had seemed resonably sane till that moment (I have one of his books, Imperial Hubris, [2004] that I thought had been written by a sane man - I would only read it now as an exercise in tracing the signs of incipient psychopathology).

I wrote off his disquieting NPR appearance as an aberration - until I saw this:

"the only chance we have as a country right now is for Osama Bin Ladin to deploy and detonate a major weapon in the United States... only Osama can ... can execute an attack which can force Americans to demand that their government protect them effectively, consistently and with as much violence as necessary."

The guest saying this is not some random lone psychotic. Scheuer is the former head of Alec Station, a CIA OBL tracking group. He is a serious terrorism expert, which is why him saying this on a "news" show is incredibly dangerous and unethical. He is bringing the weight of his authority on a comment of this nature. ...