Flight 253: The Cover-Up (Re UnderpantsGate) - The Constantine Report
0 SHARES

Flight 253: The Cover-Up (Re UnderpantsGate)

Flight 253: The Cover-Up (Re UnderpantsGate)

See: "UnderpantsGate: Big Oil, the CIA and the Attempted Bombing of Flight 253 as Justification for Military Operations in Yemen & Nigeria (w/Updates)" 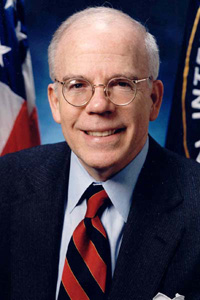 The Obama administration's top intelligence official has appointed a retired CIA analyst to head an internal investigation of the failures that led to the Dec. 25 attempted bombing of a Detroit-bound airliner.

John E. McLaughlin, a former deputy CIA director, will lead a review of missteps by U.S. intelligence agencies and assess proposals for correcting weaknesses in a system that did not respond to warnings about terrorism suspect Umar Farouk Abdulmutallab, said Director of National Intelligence Dennis C. Blair.

Blair said the review will also examine the events leading to the Nov. 5 shootings at Fort Hood, Tex. The assessments will produce "candid, constructive guidance to improve our future performance," he said.

McLaughlin, 67, was named deputy CIA director under George J. Tenet in 2000. McLaughlin briefly served as acting director of the spy agency after Tenet stepped down in 2004. McLaughlin retired later that year.

And WHO is John McLaughlin?

" ... With this appointment, President Barack Obama has assured that the culture of intelligence cover-up will continue. ... "

President Obama, the CIA and the Master of the Cover-Up

by: Melvin A. Goodman

The Obama administration quietly announced Friday the appointment of John McLaughlin, former deputy CIA director, to head the internal investigation of the intelligence failures that led to the Christmas Day attempted bombing of a Delta airliner headed for Detroit as well as the events leading to the shootings at Fort Hood in November.

With this appointment, President Barack Obama has assured that the culture of intelligence cover-up will continue. McLaughlin has participated in and sought to cover-up many of the CIA's most egregious failures and misdeeds of the past decade. When he left the CIA, he then served as the agency's chief apologist.

So, who is John McLaughlin? Most of official Washington and the mainstream media view McLaughlin as the mild-mannered, professorial CIA bureaucrat, who former CIA director George Tenet called the "smartest man he had ever met."

Few people understand, however, that McLaughlin played the most important role in making sure that the Bush administration received the intelligence that would be used and misused to justify the use of force against Iraq in 2003.

Washington insiders remember that it was CIA director Tenet who told President George W. Bush, "Don't worry, it's a slam dunk," in response to the president's demand for stronger intelligence on Iraq's weapons of mass destruction (WMD) to provide to the American people. Few people remember that it was McLaughlin who actually delivered the "slam-dunk" briefing to the president in January 2003.

McLaughlin was the "villain" behind the politicized intelligence on Iraq in the run-up to the war. He perverted the intelligence process, ignored high-level briefings on the weakness of the intelligence on WMD and tried to silence David Kay, the chief of the Iraq Survey Group, when the weapons inspectors found no evidence of strategic weapons in Iraq.

When Kay returned to CIA headquarters from Baghdad, Tenet and McLaughlin made sure that Kay was given a tiny, windowless office at the end of a distant, deserted corridor undergoing construction. It had no secure phone or classified computer. Kay called it Siberia.

McLaughlin was also the villain behind the CIA's preparation of Secretary of State Colin Powell's speech to the United Nations in February 2003 that used phony intelligence to convince an international audience of the need for war. According to Col. Lawrence Wilkerson, who served as Powell's chief of staff, Tenet and McLaughlin lied to the secretary of state about the sourcing of serious allegations dealing with Saddam Hussein's efforts to obtain strategic weapons.

The most serious allegation came from an Iraqi con man known as "Curveball," who maintained that Iraq had mobile biological laboratories, a key charge in the phony intelligence to justify the Iraq war. German intelligence debriefed Curveball, and German intelligence officials warned the CIA that Curveball was unstable and that there was no validation for his claims. Tyler Drumheller, the chief of CIA's European Division, knew that Curveball was mentally unstable and a liar, and he urged McLaughlin to drop all references to the mobile biological labs from Powell's speech. McLaughlin ignored him, too.

Five weeks after the invasion of Iraq, Powell and McLaughlin shared a table at the White House correspondents' dinner, where McLaughlin, an amateur magician, agreed to perform a few magic tricks during a break in the action. The CIA deputy director conjured coins out of thin air and transformed a single dollar into a $100 bill;

everyone at the table laughed except for Powell, who seemed tense and out of sorts.

According to Bob Drogin, who wrote an authoritative book on Curveball, Powell stared at McLaughlin and requested another trick. "Let's see you find the WMD in Iraq," an unsmiling Powell demanded. McLaughlin looked surprised and his broad grin faded. "We will," he replied, "they're there and we'll find them."

In addition to being one of the ideological drivers for the CIA's policies of torture and abuse, secret prisons and extraordinary renditions, McLaughlin demonstrated early in his career that he was a company man willing to do what was necessary to advance his career. In the 1980s, when CIA Director William Casey and his Deputy Robert Gates were "cooking the books" on intelligence dealing with the Soviet Union, Central America and Southwest Asia, McLaughlin offered no dissent.

When the CIA did an internal investigation of one of the worst examples of politicization of intelligence, the case for Soviet complicity in the attempt on the life of Pope John Paul II in 1981, McLaughlin made sure there were no references to politicization in the final report and made every effort to hide Gates' role in preparing the Papal plot intelligence assessment. When Gates' nomination as CIA director was in trouble during the confirmation process in 1991, it was McLaughlin who stepped forward to defend his former boss from charges of politicization. ...

ADL Sidles Up to Anti-Muslim Bigotry