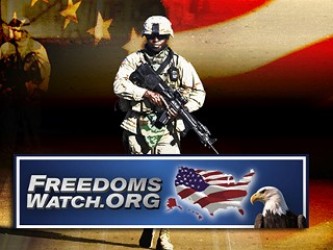 In Washington, Jeanne Shaheen will stand up to the special interests and John Sununu´s cronies to move America in a new direction. Freedom´s Watch was founded by a slew of Bush cronies bent on keeping US troops in Iraq in perpetuity and giving tax breaks to oil companies.

Former Bush spokesperson Ari Fleischer, casino billionaire Sheldon Adelson, aides to Bush and Cheney and members of a Republican constituency caucus founded Freedom´s Watch in 2006. [USA Today, 7/22/08]. Other Bush backers who have helped fund the group include Mel Sembler, a Bush fundraiser Bush appointed as ambassador of Italy, Howard Leach, former ambassador to France and Anthony Gioia, former ambassador to Malta. Each raised hundreds of thousands of dollars for Bush. A former president of the group, Brad Blakeman was Bush's White House scheduler.

Despite what these right wing special interest groups such as Freedom´s Watch and their backers would have us believe, Jeanne Shaheen has a comprehensive plan to bring down energy costs in the short term and ween America from its dependence on foreign oil in the long term.

In the short term, Jeanne Shaheen supports bringing down the cost of gas through expanded drilling and cutting down on Wall Street speculation. As recent events have shown us, Wall Street cannot be trusted to govern itself. We need to close the loopholes that allow billion dollar hedge fund managers who have no intention of ever taking delivery of the commodities they trade to buy and sell large quantities of oil with little or over no government oversight. Jeanne Shaheen supports closing these loopholes and bringing greater oversight to Wall Street trading to ensure that middle class families don´t pay the price for irresponsible speculation.

With oil companies seeing record profits and middle class families paying the price at the pump, Jeanne Shaheen believes it´s time to put America on track to a new energy future through incentives for clean renewable energy that will create green jobs–many of the in New Hampshire´s North Country.

John Sununu has proven that he cannot take New Hampshire in a new energy direction, and his cronies´ baseless attacks only belabor this point. If we want a new direction, we need a new Senator.